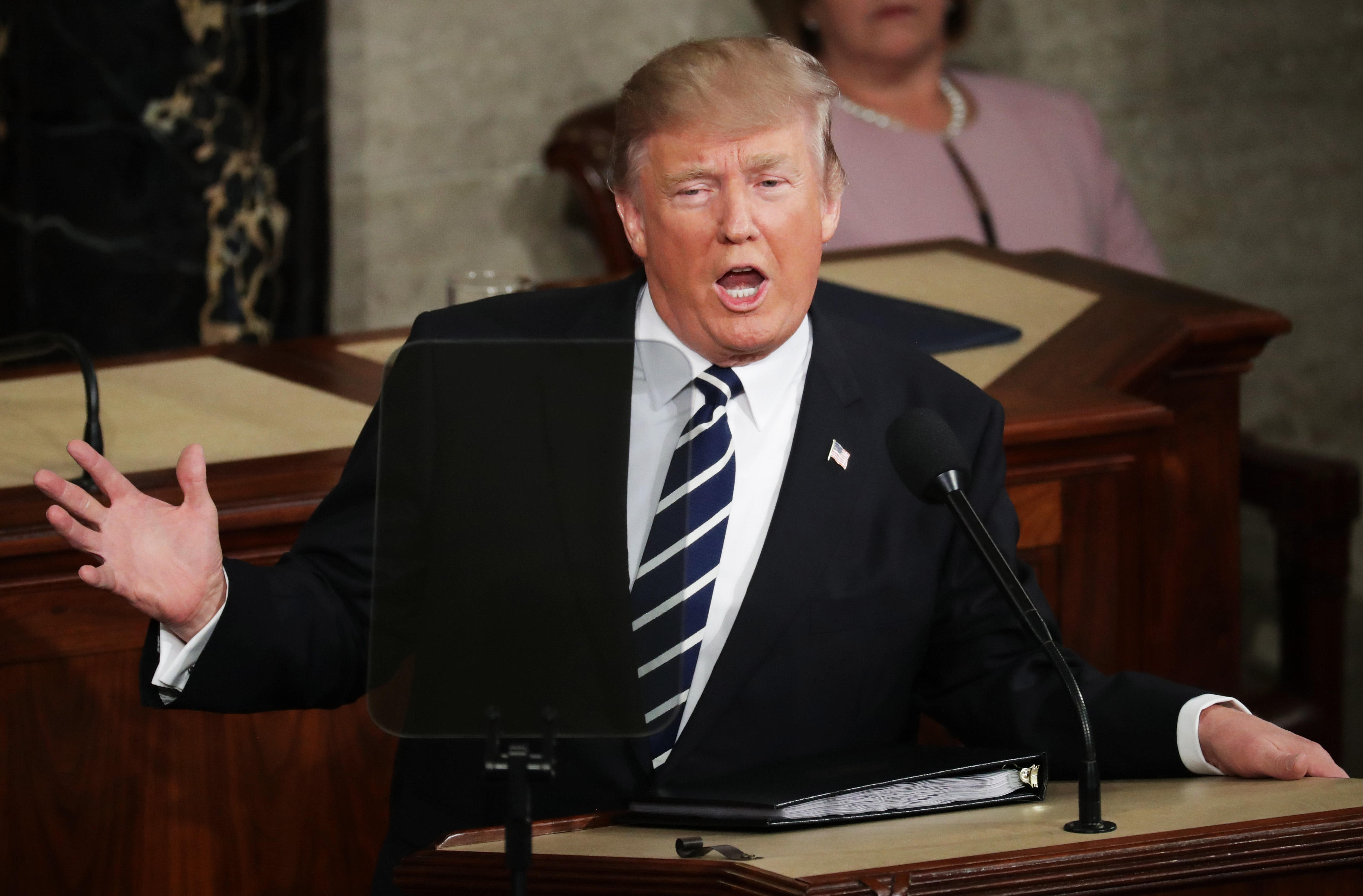 Viewers nationwide strongly approved of President Trump’s speech Tuesday night, with many Democrats joining Republicans in calling it “presidential” and positive in tone. Republicans and Independents found it “unifying,” though Democrats were slower to come around on that measure.

The President gained support for his policy plans among viewers: Interviewed before and after the address, they came away from it more positive on his ideas for the economy, immigration, terrorism, crime and Obamacare.

As is often the case in addresses to Congress, those who watched were more likely to be from the president’s party – in this case, Republicans. And they described a president they felt was keeping campaign promises and offering an “inspiring” message.

While half of Democrats found the speech “divisive,” about one-third of them also said Mr. Trump was “specific” and “knowledgeable”; neither label drew a majority, but nonetheless sizeable numbers compared to the more negative reactions Democrats have had to other aspects of his presidency.

And viewers of all stripes described the speech as at least somewhat positive in tone.

Overall, most watchers approved of the speech. Republicans did tune in to watch it in much greater numbers than Democrats (as a president’s party typically does) which bolstered those approval numbers. Forty percent of Democrats at least somewhat approved; 18 percent strongly approved.

The president moved opinion among viewers on his plans for a number of policy issues, comparing their views before and after the speech. The percent favoring his plans for fighting terrorism, addressing crime, improving the economy, handling illegal immigration, and dealing with Obamacare all jumped.

There is agreement across party lines that Mr. Trump is trying to do what he said he’d do during the campaign.

Reacting to the president’s description of the economy as he took office, Republicans and independents think he did inherit a bad economy, while three in four Democrats think the president took over an economy that was already improving.

Majorities overall were positive toward his plans for the military, trade, foreign policy, the budget deficit, and taxes. The president won favor from viewers for his plans to build roads and bridges -- the one issue on which his approach appealed to most Democrats as well as nearly all Republicans.

For Republicans and independents, the speech boosted optimism about what the administration will do moving forward. Just a quarter of Democrats felt more optimistic.

As is typical for a presidential speech, viewers tended to come more from the president’s own party; in this case more Republicans tuned in. Historically, a president’s partisans are much more likely than others to watch an address to Congress or State of the Union.

The poll was conducted immediately after the conclusion of the president’s address to Congress by re-contacting a scientifically sampled panel of Americans who had first been interviewed in the days leading up to the speech and had stated that they planned to watch. A total of 857 speech watchers were interviewed. The margin of error for the total sample is 4.2 points.