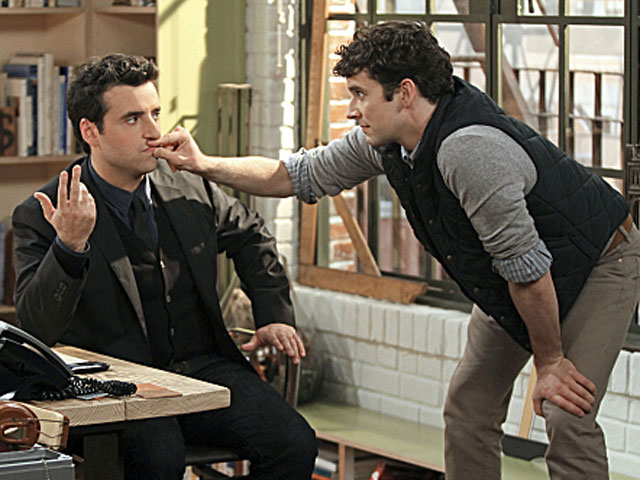 The network will finish the season as America's most-watched network for the ninth time in the last 10 years.

The following shows will make their debut on the network in the fall: "Elementary," a contemporary take on detective Sherlock Holmes in New York City, starring Johnny Lee Miller and Lucy Liu; "Vegas," a drama inspired by a real-life sheriff and his battle with a mobster in 1960s Las Vegas, starring Dennis Quaid and Michael Chiklis; "Made in Jersey," starring Janet Montgomery as a smart first-year lawyer with a working-class background practicing at a prestigious New York City firm; and "Partners," a comedy about two very different life-long best friends and business partners, starting David Krumholtz and Michael Urie.

CBS is also sticking with its crowd-pleasers, including "NCIS," "The Big Bang Theory," "Person of Interest" and "2 Broke Girls."

The network reshuffled some of its shows' times, creating a comedy night on Monday with with its new comedy "Partners" and "2 Broke Girls" sandwiched in between "How I Met Your Mother" and "Mike & Molly."

The cast of another continuing CBS show "Blue Bloods," including Tom Selleck, rang the opening bell at the New York Stock Exchange this morning, the day of the announcement, which will be followed later today with a presentation for advertisers..