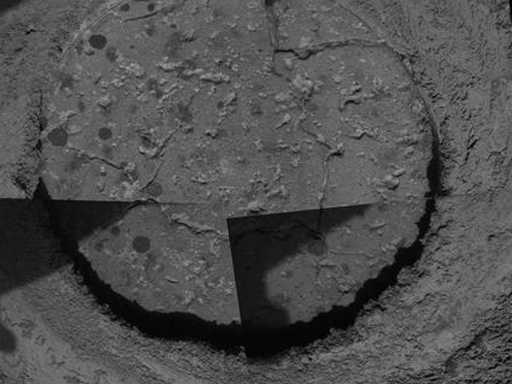 A running game is what John Calipari wants from the New Jersey Nets. The Cleveland Cavaliers showed them how its done.

"This is what we used to be early in the season," Cavaliers coach Mike Fratello said. "We ran, we rebounded, we defended and we passed the ball to each other."

Wesley Person added 23 points as the Cavaliers broke a three-game losing streak and handed the Nets their worst home loss of the season by outscoring them 56-40 in the second half.

"We just didn't have any energy tonight," Calipari said. "We did not play well. During some of the plays I said to myself: `What are we thinking?' They must have wanted it more because they played harder."

Sam Cassell had 28 points to lead the Nets, who dressed just nine players because of an injury to Sherman Douglas (wrist) and the ineligibility of Rony Seikaly and Brian Evans, who were acquired from Orlando on Thursday.

Henderson's 27 points, a career high, came one game after he was held scoreless in 26 minutes at Philadelphia.

"I think he is trying to kill me," Fratello said. "But the good thing was he bounced back and had a monster game."

Kemp nearly had a triple-double with 13 rebounds and a season-high eight assists.

Kemp and Henderson's 12 field goals in the second half were one more than the Nets' total.

After trailing 61-58, the Cavaliers took control with a 21-7 spurt that Henderson ignited with two layups and a jumper. Person had a 3-pointer and jumper and Kemp had two layups.

Cleveland led by 14 points after the third quarter and the Nets never cut the deficit under double figures in the final quarter.

"We took them a little too lightly tonight," said Nets center Jayson Williams, who had 14 points and 13 rebounds. "It was a big game for them. They came through in the clutch and we didn't. They play so well against us I'd rather play the Bulls."

Zydrunas Ilgauskas added 12 points and 12 rebounds for Cleveland, which shot 42-of-85 from the field in beating the Nets for the third time in four games.

Kendall Gill and Keith Van Horn had 16 points apiece for the Nets.

Notes: The Cavaliers had 13 steals, the most this season by a Nets opponent. ... Don MacLean played in his first game of the season for New Jersey, scoring three points in seven minutes. He has been sidelined with tendinitis in his left knee. ... Actor Bruce Willis sat courtside. ... The Cavaliers have won eight of their last nine with Nets. ... The Nets are now 19-7 at home. Two of those losses have been to Cleveland. Chicago also has two wins at the Meadowlands. ... Gill reached 9,000 career points with his first basket.