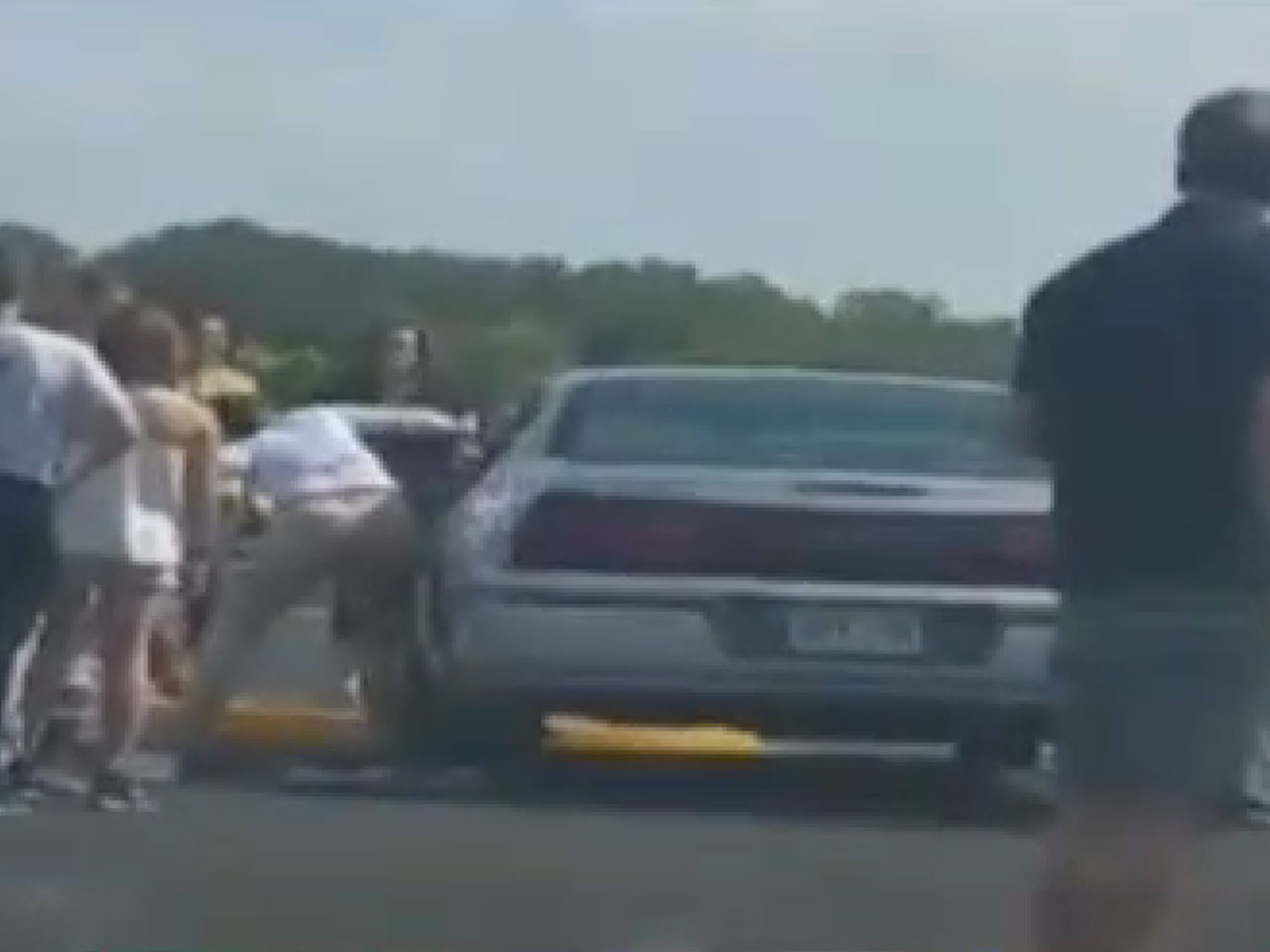 MERRIAM, Kansas -- Sarah Oropeza grabbed whatever she could find to break a window and save a toddler trapped in a sweltering car in Kansas as temperatures reached triple digits on Saturday, CBS affiliate KCTV reports.

Investigators said the windows to the car were shut and there was no parent or guardian for the child in sight. Oropeza is a manager at Famous Footwear, in Merriam, Kansas. She tells KCTV she was ringing up a customer when one of her co-workers, who was leaving, came running back inside the store screaming for help.

Oropeza said her employee opened her trunk to try and find something to break the driver's side window to get to the 2-year-old girl, but the window didn't crack. Oropeza recalled screaming for help that there is a baby in the car. Oropeza herself is a mother of two.

She told KCTV that another woman came with a screw driver to see if that could help, but again, the window did not break. Oropeza was not giving up though. She began whacking the window with a tire iron. She got it to crack. Then another woman came up with a truck hitch and threw it at the window. Oropeza said at least four women stepped up to try and help her get to the toddler.

"I was just praying, "Break the window. She is going to die," Oropeza said.

The entire ordeal only lasted about two to three minutes KCTV reports, but Oropeza said it felt like eternity. She believes the toddler may have been in the dangerously hot car for about 10 minutes.

Oropeza got emotional recalling the events to KCTV.

"Her shoes were wet, her socks were wet. She was so drenched in sweat. I just started crying," Oropeza said.

Once rescued from the car the child was given medical attention by a nurse at the scene. An ambulance arrived and a police officer bought diapers for the toddler, because there was no diaper bag in the car. Paramedics checked the girl's vitals and she was later picked up by her godmother.

It is believed the couple that drove the child to the shopping area left her in the car while they were at a nearby cellphone store. Oropeza said they claimed the toddler was their niece. They came in the shoe store and asked to get the child back.

"No emotion at all, whatsoever. The only question they had for police was if insurance was going to pay to cover the window that we broke," Oropeza said.

Oropeza and an officer told the couple to leave the store. Police ticketed the couple for child endangerment, and the case is going to the Johnson County District Attorney.