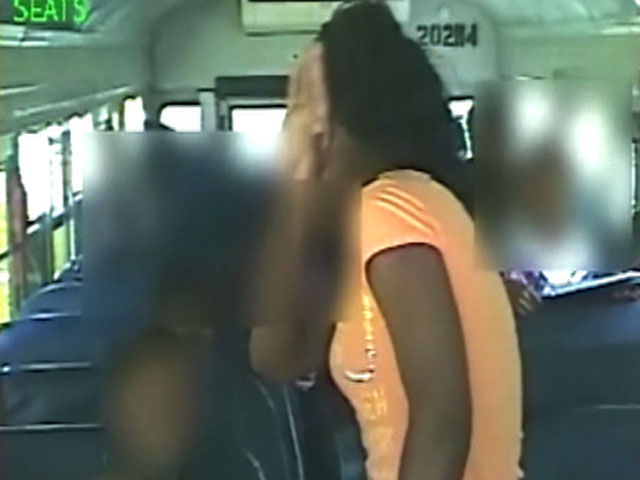 A Florida woman is facing child abuse charges after she allegedly got on a school bus and slapped someone else's child, reports CBS station WFOR-TV in Miami.

The Broward County Sheriff's Office says Toccara Daniels, 27, knocked on the door of the bus and, when the driver opened the door, immediately started asking who slapped her child.

Officials said the driver told Daniels she was not allowed to board the bus. But, according to the arrest report, Daniels got on the bus and the child who allegedly slapped her child was pointed out.

At that point, say sheriff's deputies, Daniels walked up to the supposed slapper and "back-handed (with great force) his (the victim's) left hand out of his mouth and stated, 'Don't you put your hands on my child."'

Officials say Daniels then turned to leave the bus and looked at a surveillance camera that was recording everything and said, "I don't give a (expletive)."

Daniels faces charges including battery, child abuse, operating a vehicle without a valid driver's license, and violation of probation.

Jeff Glor had the story on "The Early Show."