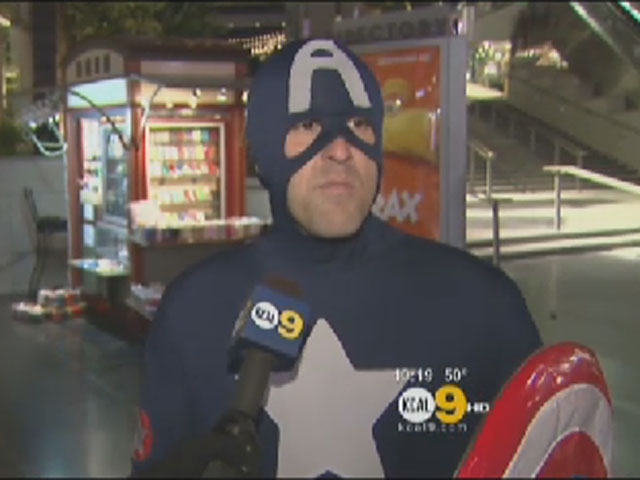 (CBS) HOLLYWOOD, Calif. - The Los Angeles Police Department is trying to figure out just what happened in a fight between a man and woman dressed as Catwoman and Jack Sparrow Thursday evening in front of the famed Kodak Theatre.

CBS Los Angeles says "Catwoman" was pepper-sprayed by "Jack Sparrow," captain in the Pirates of the Caribbean films.

No arrests were made, and no one was seriously hurt, police said. Officers are looking for witnesses and trying to determine if anyone in the area took photos or video.

One of the witnesses, a man dressed as captain Captain America, told CBS Los Angeles that Catwoman appeared to have used the pepper spray to stop Jack Sparrow's annoying taunts and advances.

The fight also included people dressed as an alien and another pirate, said Officer Rosario Herrera. This scuffle is the second recent altercation involving people who dress as characters and aggressively compete to pose for pictures and get handouts and donations from tourists.

Sponge Bob Square Pants was arrested last September after getting into a street brawl with two females, believed to be tourists.