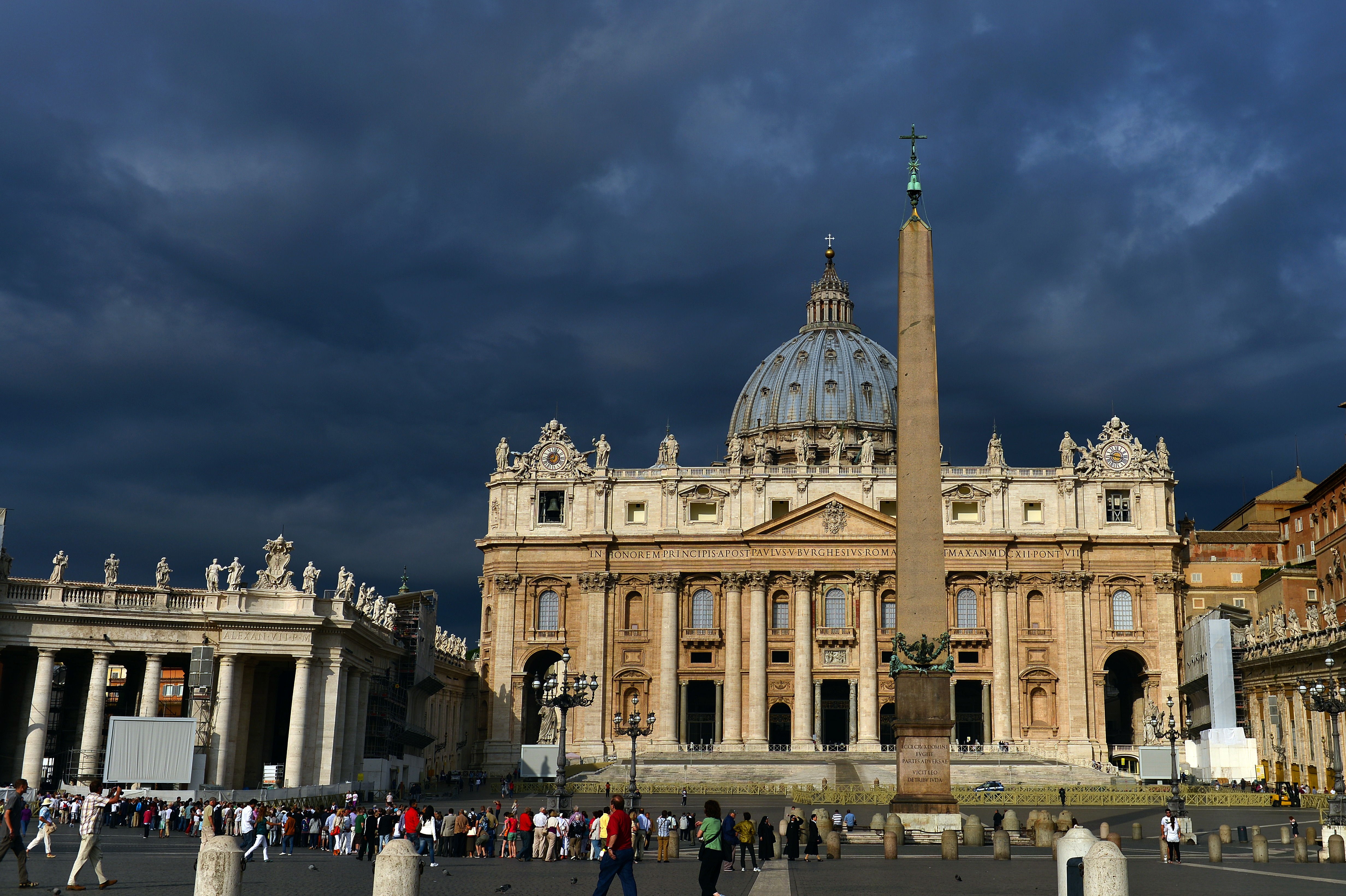 The surprise resignation of Pope Benedict XVIcomes as the Catholic Church grapples with demographic changes and social forces that have profound implications for the church's identity - changes that will weigh heavily on the church's leadership as it selects its new leader.

In 1910, two thirds of the world's Catholics were in Europe. Today that figure is just 24 percent. "There's been such dramatic growth in places like Asia and Latin America and Africa," said Alan Cooperman, associate director for research at the Pew Research Center's Forum on Religion & Public Life. Nearly 40 percent of the world's roughly 1.1 billion Catholics now live in Latin America; another 16 percent live in sub-Saharan Africa, 12 percent in the Asia Pacific region, and 8 percent live in North America. (Catholics make up about 16 percent of the global population.)

At first glance, the Catholic Church appears to be healthy in the United States: According to data from the National Opinion Research Center, the percentage of Americans who consider themselves Catholic has held steady since 1972 at around 25.5 percent. But that finding masks the fact that many Americans have left the faith, as part of what appears to be a growing movement away from organized religion. In a broad 2007 survey, Pew found that "one-third of the survey respondents who say they were raised Catholic no longer describe themselves as Catholic." (Cooperman notes that roughly one in 10 Americas identify as former Catholics.) One major reason that the Catholic population in America has held steady is that the nation's Latino population has exploded, and 58 percent of Latinos identify as Catholic. By some estimates, 80 percent of the America Catholic population will be Latino by 2050, according to Baylor University history professor Philip Jenkins, who studies global Christianity.

The diverging fortunes of the church can be seen in countless ways. The sexual abuse scandals that cast a shadow over the church in the United States and Europe have not exploded in the same way in other regions. While the church struggles to recruit priests in America, people are entering the priesthood in large numbers in Africa; "the biggest problem is knowing what to do with all these priests," said Jenkins. And while the church has been criticized in the West for its stance on gay rights and women's health, it has not faced the same criticisms in much of the rest of the world.

Thomas Groome, chair of the department of religious education and pastoral ministry at Boston College, expressed hope that the church would not give up on the United States and Europe even as it "rejoices in the great growth of the church in the southern hemisphere."

"The southern hemisphere is culturally a different place, and it's a more traditional culture, but let's hope [the church] can make its way in a postmodern culture," said Groome.

There's no denying a move away from organized religion among young Americans. According to the Pew Forum on Religion & Public Life, one in three American adults under 30 say they have no religious affiliation. (One in five adults overall consider themselves unaffiliated.) Many of these Americans say they believe in God, but they do not feel a connection to a particular church hierarchy.

The cardinals who will select the new popemaintain they are guided entirely by the Holy Spirit. But they are well aware of these realities. There have been calls for the church to acknowledge its demographic shift and select a new pope from Latin America, Asia or Africa - Ghana's Peter Turkson and Nigeria's Francis Arinze have already been the subject of speculation. On the flip side, the cardinals could choose a European or even an American who could potentially help boost Catholicism in the parts of the world where it seems to be losing ground.

"I'm hoping for a new springtime for the church," said Groome. He said that the new pope could potentially win back support in Europe and America by establishing a commission to consider the ordination of women priests or by softening the church's stance on homosexuality and contraception.

"I think then you get people sitting up and saying there's life in us, there's still hope in us," he said.

Father C. John McCloskey III, a Research Fellow of the Faith and Reason Institute, strongly discounted that possibility, saying, "there is no such thing as progressiveness in the church."

McCloskey said that the Vatican should not look to shift with public opinion, even if it means Catholicism continues to lose adherents in Europe and America.

"No one wants to lose people, but you can't keep people at the expense of betraying your beliefs or principles," he said. "That's not going to happen."

Kean University professor Christopher Belitto, an expert on Catholicism, said that the cardinals will decide on the new pope "based on what leader can push the church into the 21st century." He said that it is only a matter of time before they look beyond the borders of Europe.

"Certainly if not this pope, the next pope is going to be from Africa, Asia and Latin America. That's where the energy of the church is," he said. "It's an inevitability."

Author compares Rome under the pope to D.C. under Trump
More
Brian Montopoli