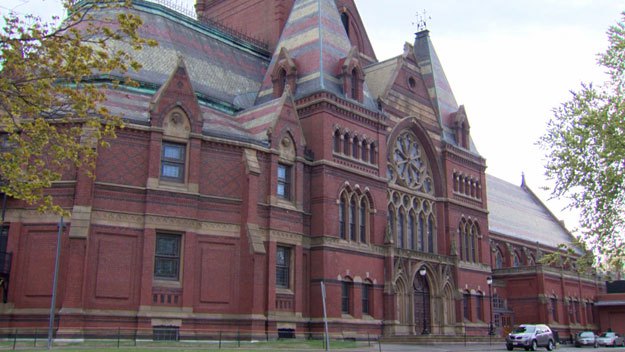 CAMBRIDGE, Mass. -- A reenactment of a Black Mass celebrating Satan is scheduled to take place at Harvard University on Monday evening. It has outraged the Catholic Church, but the group holding the event says it's educational.

WBZ-TV reports the Harvard Extension Cultural Studies Club is hosting the Satanic Temple from New York. The Black Mass is scheduled for Monday night in the basement of Memorial Hall.

"It's kind of troubling especially to Christians, but at the same time if they're doing it for academic inquiry, this should be a safe place," said Misan Oteri, student.

"It is still heavily offending a group. And, what's the purpose?" student Farhad Dokhani said.

"Educational purposes definitely give you a reason to look into anything," student Laureen Brady said.

The club released the following statement:

We are hosting a reenactment of a historical event known as a Black Mass. The performance is designed to be educational and is preceded by a lecture that provides the history, context, and origin of the Black Mass. While a piece of bread is used in the reenactment, the performance unequivocally does not include a consecrated host. Our purpose is not to denigrate any religion or faith, which would be repugnant to our educational purposes, but instead to learn and experience the history of different cultural practices. This performance is part of a larger effort to explore religious facets that continue to influence contemporary culture.

The Archdiocese of Boston wants Harvard to put a stop to the event saying:

The Catholic community in the Archdiocese of Boston expresses its deep sadness and strong opposition to the plan to stage a "black mass" on the campus of Harvard University in Cambridge.

For the good of the Catholic faithful and all people, the Church provides clear teaching concerning Satanic worship. This activity separates people from God and the human community, it is contrary to charity and goodness, and it places participants dangerously close to destructive works of evil.

In a recent statement, Pope Francis warned of the danger of being naïve about or underestimating the power of Satan, whose evil is too often tragically present in our midst. We call upon all believers and people of good will to join us in prayer for those who are involved in this event, that they may come to appreciate the gravity of their actions, and in asking Harvard to disassociate itself from this activity.

In response to the Black Mass the archdiocese is holding a holy hour starting at 8 p.m. on Monday at St. Paul's Church, which is also the Catholic Church at Harvard.

Harvard University says it supports the rights of students and faculty.