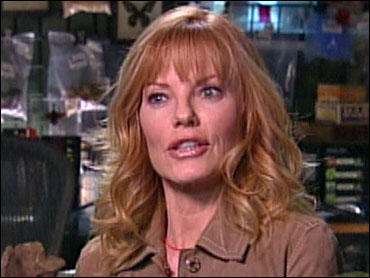 If investigator Catherine Willows were to have her fantasy day, what would that entail?

The question was put to Marg Helgenberger, who plays Willows in "CSI," by co-anchor Julie Chen as "CSI Week" concluded on The Early Show Friday.

"I think Catherine is not shy of really going for it,"

On Thursday night's episode, a Ferrari and a Corvette were involved in a crash, and Chen sought behind-the-scenes info from Eric Szmanda on how they make that happen.

Do they really crack up two expensive sports cars like that?

Yes and no, explained Szmanda, who plays Greg Sanders: "We do actually bang up the cars, but they switched out some of the parts, so we use parts that were already ruined and then fixed them up to make them look good and then with special angles and, you know, special long lenses, we can kind of, you know, make the illusion real."