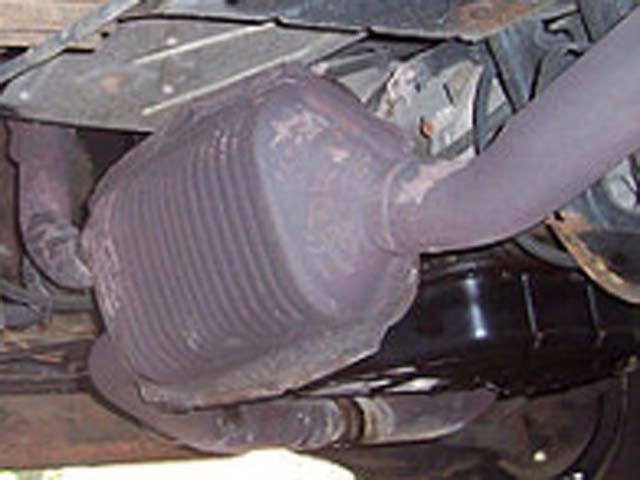 (CBS) PALATINE, Ill. - Someone in Palatine, Ill. is sawing the catalytic converters off the bottom of trucks and SUV's, and converting them into cash, CBS Chicago reports.

"High-profile vehicles" that thieves can slide underneath are being targeted in a parking garage near the commuter railroad station, for precious metals such as plutonium and rhodium that are used in the pollution control devices.

CBS Chicago says the thief or thieves are sawing the catalytic converters from beneath the chassis, and peddling the units to scrap metal dealers probably for less than $200 a pop.

But it can cost the vehicle owner a heavy $1,800, as in the case of one miffled motorist named Greg Monsen whose Lexus RX 350 was one of those hit.

"I got in my car, started it up, and it made an incredibly loud noise as though my muffler had been shot," he says.

Jim Stepp, the owner of Advanced Auto Repair, just across the road from the train station, said of the catalytic converter coveters, "What they normally do is use a battery-operated saw," he says. "They don't have to have power or anything like that. It takes about two seconds to cut these things off, and down the road they go."

It's been happening in broad daylight, too.

According to CBS Chicago, Nationwide Insurance says the best way to prevent this particular brand of "auto theft" is to get a muffler shop to secure the converter to the frame with welded steel.