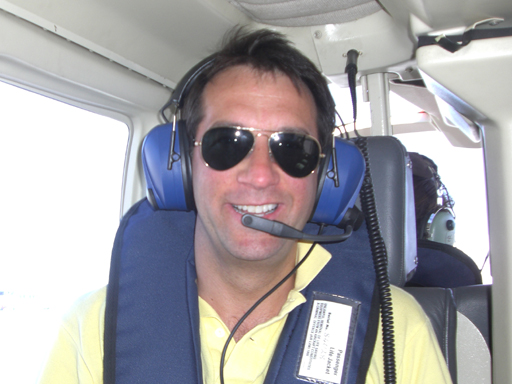 An online casino made the winning bid of $65,000 Monday for a metal walking cane that an Indiana woman put up for sale in hopes her son would believe his grandfather's ghost would leave their house with it.

GoldenPalace.com will add the "ghost cane" to a collection that already includes a grilled cheese sandwich said to bear the image of the Virgin Mary. The Antigua-based casino paid $28,000 last month for the sandwich, which it bought - like the cane - on eBay.

"It's just the new Americana thing," said Monty Kerr, a spokesman for the online casino.

Kerr said the cane - which Mary Anderson auctioned to ease her 6-year-old son Collin's fears that his grandfather's ghost was haunting their home in Hobart - likely will go on tour like the famous sandwich.

The cane - and the story behind it - attracted 132 bids, dozens of imitators and landed the Andersons on NBC's "Today" show Monday.

"It becomes a pop culture phenomenon," said Hani Durzy, an eBay spokesman. "It may be just a few days or whatever, but it's all everybody is talking about."

San Jose, Calif.-based eBay Inc. does not allow sellers to offer intangible items such as spirits or souls where delivery cannot be confirmed, said Durzy. He said Anderson's auction made it clear that she was selling her late father's metal walking cane as a ploy to ease her son's fears.

Anderson made one request of the winning bidder: "I would like to ask you to write a letter after you've received the cane (and the ghost) to my son letting him know that he's there with you and you're getting along great."

Kerr said the company would do so. The Andersons did not immediately return a call Monday seeking comment.