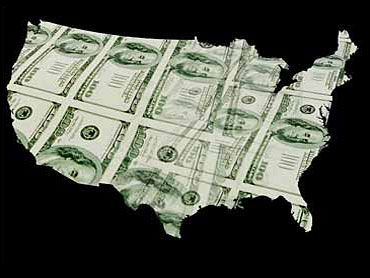 Cash-strapped states from coast to coast are weighing hefty tuition increases for public colleges and universities, prompting experts to wonder aloud if state schools are pricing themselves out the market for most students.

"This trend is going to catch up with the middle class at some point," said Barmak Nassirian, an analyst with the American Association of Collegiate Registrars and Admissions Officers.

With most states unable to cover their expenses, tuition increases have been imposed midway through this academic year by several states including Maryland, Oregon and California.

Vermont, Hawaii, West Virginia, Oklahoma, Alabama, Arizona, Florida, New York and Utah are among the states that have already adopted or are considering tuition hikes at public institutions for the fall semester.

The budget woes have been especially painful for University of Oregon junior Rachel Pilliod, who may forego her senior year if an additional tuition hike is imposed next fall. Students at Oregon this year have already endured tuition increases of $10 per credit hour for the winter and spring terms.

"I'm ahead on my credits so I can graduate with the bare minimum for a degree. That's graduating without honors and that's graduating without the classes that will fully develop me," said Pilliod, a self-described middle-class student who has assumed most of the cost of her own education. "The real determining factor will be my ability to pay for school next year."

If she can't afford the extra classes, Pilliod fears it will affect her chances of getting into graduate school.

The tuition increases at Oregon and elsewhere come in an academic year when tuition at four-year public institutions jumped by an average of 9.6 percent, according to the annual survey of college costs released last October by the College Board, the owner of the SAT exam.

The National Center for Public Policy and Higher Education reported in a study released Tuesday that students at public, four-year colleges in 16 states were hit with tuition hikes of more than 10 percent for this academic year.

One expert sees no end in sight.

"Just about every state out there, except for a couple, is dealing with significant budgets shortages," said Julie Bell, the education program director with the National Conference of State Legislators. "And almost every state is looking at higher education either through a budget cut or a tuition increase."

Of course, the specific financial picture for education varies from state to state. Overall, the College Board found that students at public four-year colleges this year paid an average of $9,663 for tuition, fees, room and board.

Each tuition hike, said Christopher Davis, a spokesman for the Washington-based Council for Opportunity in Education, sends a "message of discouragement" to low-income students.

"We spend most of our time telling them that college is within reach," said Davis, whose organization promotes educational opportunities for low income and disabled students. "And every time we turn around, every semester the fees keep going up."

For many students, staying home to attend more-affordable community colleges is the alternative to covering tuition increases with student loans.

After tuition rose at the larger universities in Kansas last year, enrollment at Cowley Community College in Arkansas City rose by 19 percent. "Generally, when the economy is in the tank we flourish," said Stu Osterthun, a school spokesman.

But with millions of the nation's college students now attending public two-year schools, community colleges are encountering their own budget woes.

Norma Kent, a spokeswoman for the American Association of Community Colleges, said that "we traditionally get a smaller cut of the (budget) action, so we get hit from both sides" — higher enrollment strains faculty and classroom resources just as revenues decline.

States already have taken sweeping actions to deal with their plight, from massive layoffs of state workers in Connecticut to early prison releases in Kentucky. Oregon is considering canceling days of school.

To bridge budget gaps, many states used their rainy day funds, others money from the nationwide settlement with the tobacco industry. Every state but Vermont faces a constitutional requirement to balance its budget.

For all but four states, the 2003 fiscal year began in July. Twenty-nine states so far imposed across-the-board budget cuts, with eight states laying off workers. Others cut programs in elementary and higher education, Medicaid and corrections.

Projections for tax revenues, the fuel that runs state programs and services, were too high in at least 30 states, even though all scaled them back as the economy worsened.