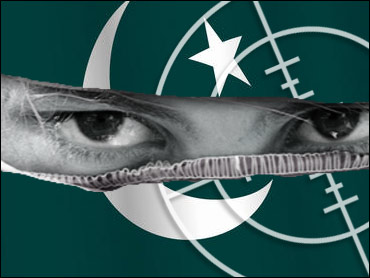 WASHINGTON - Pressured by increased scrutiny of terrorist money sources and strikes aimed at its financiers, al Qaeda's core organization in Pakistan has turned to kidnapping for ransom to offset dwindling cash reserves, according to U.S. officials and information in files retrieved from Osama bin Laden's compound.

Bin Laden's interest in kidnapping as a cash-raiser bolsters accounts that the financial squeeze has staggered al Qaeda, forcing it to search for alternative funding sources. Officials would not detail al Qaeda's role in specific crimes, but the group's affiliates have targeted diplomats, tourists and merchants.

His awareness of al Qaeda's growing use of kidnapping is evidence that even in isolation behind high walls in Abbottabad, Pakistan, bin Laden kept tabs on how his network moved its money. The al Qaeda founder was killed last month by U.S. Navy SEALs.

"There are clearly times for them when money is tight," said Rep. C.A. Dutch Ruppersberger of Maryland, the top Democrat on the House Intelligence Committee. "We've seen that their donors have been less dependable and we're seeing them turning more to kidnapping as a way of keeping the money coming in."

Experts from the CIA's National Counterterrorism Center, the Treasury Department and the FBI and military are trying to learn more from the recovered files about al Qaeda's money sources and the impact of bin Laden's death on the group's financial future. They hope to identify important al Qaeda donors, especially wealthy Persian Gulf figures who dealt with bin Laden dating to his work with Afghan fighters in the campaign against Soviet occupiers in the late 1980s.

The Treasury Department's acting undersecretary for terrorism and financial intelligence, David Cohen, said U.S. efforts are focused on disrupting al Qaeda's cash flow from donors, fundraisers and facilitators. "Al Qaeda's supporters ought to be wondering if their identities have been revealed," Cohen said.

Al Qaeda's leadership inside Pakistan rarely championed kidnappings publicly and was not known previously to widely support its use as a funding source. The group historically relied on donations through a pipeline of couriers and money-changing operations. At the time of the Sept. 11 attacks, the network took in as much as $30 million annually, but that money flow has tightened, Ruppersberger said.

CIA drone attacks, combined with economic penalties by the U.S. and its allies, have cut into that stream. At the same time, al Qaeda affiliates have shown that abductions could rake in millions of dollars. As a result, attitudes about ransom operations inside the core group changed.

"That kind of money could go a long way to sustaining a terrorist organization," said Scott Helfstein, director of research at the U.S. Military Academy's Combating Terrorism Center.

A U.S. official familiar with the review of bin Laden's files cautioned that the kidnapping-for-ransom material found in the seized files was outweighed by bin Laden's more copious notes on terrorist plots and long-range planning.

The official, who insisted on anonymity to discuss the continuing review of classified files, would not elaborate on bin Laden's interest in kidnapping or the precise role al Qaeda's core played in any operations.

The official said the material is consistent with other evidence showing that al Qaeda had turned to abductions within the past two years as money from sympathetic donors dried up and that the group resorted to "basic criminal tactics" to compensate. "People paid up, helping the terrorist group reline its coffers," the official said.

Al Qaeda in the Islamic Maghreb, the offshoot in North Africa, long has used kidnapping as a terrorist tool and a major funding source. Canadian diplomats, Italian tourists and Algerian merchants have been abducted; some ransoms have approached $2 million per hostage.

The ransoms have totaled more than $80 million for this branch since 2008, according to Matthieu Guidere, a former French military counterterrorism trainer.

The terrorist group's affiliate in Yemen, al Qaeda in the Arab Peninsula, and its affiliates in Iraq, Pakistan and Afghanistan, have used kidnapping for ransom, too.

Figures from the National Counterterrorism Center show that 1,264 hostages were taken in Pakistan in 2008, compared with 3,366 in 2009. Pakistanis were the usual victims. Foreign hostages included a Chinese engineer, a Polish oil worker and an American, John Solecki, who worked for the U.N. refugee agency and was released after two months in captivity.

A similar wave plagued Afghanistan from 2008 to 2009 as the number of hostages taken climbed from 584 to 2,088. Four Americans were targeted, including New York Times reporter David Rohde, later released by militant captors.

Officials in Pakistan and Afghanistan say criminal gangs account for many ransom plots, though they are known to work with militant nodes like the Pakistani Taliban.

Citing the recent kidnapping of a European journalist in Afghanistan, a security consultant in Kabul said hostages are sometimes sold or traded to militants. Insurgents also can levy "taxes" on groups transporting hostages through their turf, said the consultant, who insisted on anonymity to discuss the handling of sensitive abduction cases.

Bin Laden justified the use of kidnapping in an audio message sent last October, but solely as an instrument of vengeance. He said the abduction of five French nationals by the North African affiliate was a reaction to that country's ban on Muslim veils and support for the war in Afghanistan. "It is a simple and clear equation," bin Laden said. "As you kill, you will be killed. As you capture, you will be captured."

Al Qaeda for years relied primarily on donations as its main source of income, using its cash stream mostly for sustenance, including training, weapons, pay for operatives and their families and money for bribes and hideouts, officials said.

Terrorist plots rarely require large amounts of cash. The Sept. 11 attacks cost an estimated $500,000, but tens of thousands of dollars in unspent funds were sent back by the hijackers to al Qaeda accounts. Last year, Yemeni operatives bragged that their failed attempt to ship package bombs on two airlines cost a paltry $4,500.

Much of the group's heavy funding is believed to originate from wealthy Gulf donors who either knew bin Laden from past dealings or viewed him as an inspiration. Some dealt with him in his days as a logistics commander and fundraiser for the mujahedeen in Afghanistan. Others were royals and merchants who reportedly met him during on hunting expeditions in Afghanistan in the late 1990s, said Michael Scheuer, the former head of the CIA unit that tracked bin Laden.

Scheuer said bin Laden's death probably would mean only a temporary setback to donors who reflexively give in support of al Qaeda's brand of jihad. But Cohen and others insist that bin Laden's death will cause lasting damage. Ayman al-Zawahri, the al Qaeda second-in-command who was elevated to bin Laden's leadership post Thursday, according to a communique from the group, does not approach bin Laden either in donor contacts or quixotic sway, they said.

"Bin Laden was a symbolic and galvanizing figure for al Qaeda's fundraising efforts, and al Qaeda's donor base will likely be less willing to contribute to an al Qaeda that has lost its founder, not knowing who is in charge or how their money might be used," Cohen said.

The Treasury Department's terrorist finance unit and allies in the U.N. and other nations have cut into al Qaeda's money pipeline by adding more than 500 individuals to a list whose assets should be frozen, Ruppersberger said. Last month, the U.S. Office of Foreign Asset Controls reported it had frozen a total of $13.5 million in al Qaeda funds since first targeting bin Laden in 1998.

Stuart Levey, the department's former top official on terrorist finance, described that effort as a success. But he said freezing the assets of terrorists won't work alone in the long term and needs to be augmented by criminal prosecutions and penalties aimed at their donors and supporters.

The CIA's ramped-up program of pilotless drone aircraft over Pakistan also took a toll on the group's internal financiers. A year ago, a drone missile attack killed Mustafa al-Yazid, al Qaeda's third in command and a critical overseer who managed the bank accounts used to launch the Sept. 11 attacks. Other operatives with financial duties have also been targeted, officials said.

"Al Qaeda became sensitive to the risks that their financial system posed to their security," Levey said. "They were under real financial stress. We knew about that stress from their pleas for more money and from the fact that they passed up some (plot) opportunities."

The situation grew so dire, Levey said, that some operatives had to pay their own room and board, training and weapons. In one instance in 2008, Saudi authorities seized memory cards from the cell phones of arrested militant suspects that contained an audio message from al-Zawahri.

The man who succeeded bin Laden was pleading for donations.