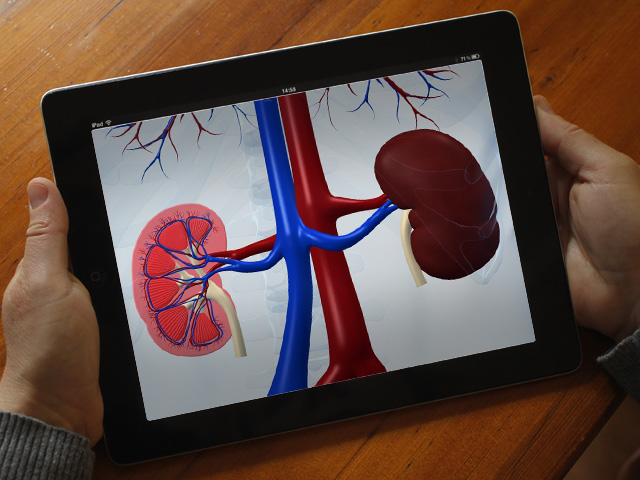 (CBS) Students short on cash for college should be able to cash in their kidneys. A Scottish academic raised a ruckus by making that proposition, insisting that overturning the UK's ban on organ-selling could be a twofer - letting hard-up college kids raise money to pursue their studies while easing the chronic shortage of donor organs.

"We allow them to burden themselves with these debts" to attend college, Dundee University's Sue Rabbitt Roff wrote in an article published in the British Medical Journal. "Why can't we allow them to do a very kind and generous thing but also meet their own needs?"

Roff figures collegians should get around $46,000 per kidney. That's roughly the average annual income in the UK.

There's certainly a need for more organ donors. Currently, Roff wrote, about three people die every day in the UK while awaiting kidneys. But while Roff's plan might be a hit with would-be organ recipients, some were dubbing the plan an indecent proposal.

"Young people, particularly from disadvantaged backgrounds, are already being asked to take on huge debt to afford an education," Robin Parker, president of the National Union of Students in Scotland, told the Scotsman. "They shouldn't be expected to remove a body part as well."

Dr. Calum MacKellar, director of research at the Scottish Council on Human Bioethics, told the Guardian, "To place a financial value on human beings or parts of human beings undermines the inherent dignity of the human person and the innate as well as immeasurable worth of all individuals."

That sentiment was echoed in the U.S., which shares with the U.K. and just about all other countries a ban on the selling of organs.

"Permitting students to sell their organs to pay off school debt does not make sense," Alexandra K. Glazier, chairwoman of the ethics committee of the United Network for Organ Sharing (UNOS), told CBS News in an email. "Students should not have to lose a body part to pay for education."

Glazier said the donation of an organ represented an altruistic gift. Problem is, statistics suggest that Americans are coming up short in the altruism department.

In the U.S., there are now more than 110,000 people waiting for a heart, lung, kidney, liver, pancreas or intestine, according to UNOS. The U.S. Health and Human Services Department estimates that 18 Americans die every day while waiting for an organ that never becomes available.