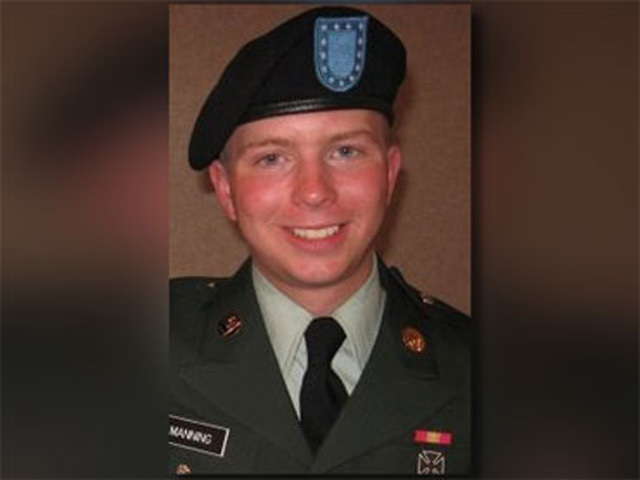 FORT MEADE, Md. - After months of delay, the U.S. military is set to make its case for court-martialing Army Pfc. Bradley Manning, the soldier accused of endangering national security by engineering the largest-ever leak of classified documents.

At stake for the government: deterring future leaks of potentially damaging secrets. For Manning: a possible life sentence.

His lawyer asserts that the documents' release did little actual harm.

The case has spawned an international movement in support of Manning, seen by anti-war activists as a hero who helped expose American mistakes in Iraq and Afghanistan. To others he is a villain, even a traitor, who betrayed his oath of loyalty by deliberately spilling his government's secrets.

WikiLeaks suspect Manning a hero or a traitor?

Manning, 23, was to make his first public appearance Friday at the opening of his pretrial hearing at Fort Meade, Md. The secretive military base is, ironically, home to U.S. Cyber Command, the organization whose mission includes protecting computer networks like the one Manning allegedly breached by illegally downloading huge numbers of classified documents in Iraq.

He is suspected of giving them to WikiLeaks, the anti-secrecy website that last year began publishing the materials.

The hearing was expected to last through the weekend and possibly beyond.

It is intended to yield a recommendation to Army Maj. Gen. Michael S. Linnington, commander of the Military District of Washington, on whether Manning should be court-martialed.

Linnington could choose other courses, including applying an administrative punishment or dismissing some or all of the 22 counts against Manning.

If his case goes to trial and he is convicted, Manning could face life in prison. The government has said it would not seek the death penalty.

Secretary of State Hillary Rodham Clinton called Manning's alleged actions damaging and unfortunate in remarks to reporters at the State Department on Thursday.

"I think that in an age where so much information is flying through cyberspace, we all have to be aware of the fact that some information which is sensitive, which does affect the security of individuals and relationships, deserves to be protected and we will continue to take necessary steps to do so," Clinton said.

The Manning case has led to a debate over the broader issue of whether the government's system for classifying and shielding information has grown so unwieldy that it is increasingly vulnerable to intrusions.

The New York University School of Law's Brennan Center for Justice wrote in a recent report that the case points up a central problem with government secrets: There simply are too many of them.

"As long as over-classification remains rampant, there will be those who see no harm in leaking classified information and/or who believe they are performing a public service by doing so — and the nation will continue to face the risk that such leaks will include secrets genuinely worth keeping," it said.

Absent from the Meade proceedings will be Julian Assange, who runs WikiLeaks from England. He is fighting in British courts to block a Swedish request that he be extradited to face trial over rape allegations.

A U.S. grand jury is weighing whether to indict Assange on espionage charges, and WikiLeaks is straining under an American financial embargo that Assange says has starved it of revenue.

The materials Manning is accused of leaking include hundreds of thousands of sensitive items: Iraq and Afghanistan war logs, State Department cables and a classified military video of a 2007 American helicopter attack in Iraq that killed 11 men, including a Reuters news photographer and his driver.

At the time, Manning, a native of Crescent, Okla., was a low-level intelligence analyst in Baghdad.

Manning, who turns 24 on Saturday, was detained in Iraq in May 2010 and moved to a Marine Corps brig at Quantico, Va., in July. Nine months later the Army sent him to the military prison at Fort Leavenworth, Kan., after a series of claims by Manning of unlawful pretrial punishment.

When it filed formal charges against Manning in March 2011, the Army accused him of using unauthorized software on government computers to extract classified information, illegally download it and transmit the data for public release by what the Army termed "the enemy."

The first large publication of the documents by WikiLeaks in July 2010, some 77,000 military records on the war in Afghanistan, made global headlines. But the material provided only limited revelations, including unreported incidents of Afghan civilian killings as well as covert operations against Taliban figures.

In October 2010, WikiLeaks published a batch of nearly 400,000 documents that dated from early 2004 to Jan. 1, 2010. They were written mostly by low-ranking officers in the field cataloging thousands of battles with insurgents and roadside bomb attacks, plus equipment failures and shootings by civilian contractors. The documents did not alter the basic outlines of how the war was fought.

Eugene R. Fidell, a former Coast Guard judge advocate who teaches military justice at Yale Law School, said in an interview that he believes Manning probably will face a court-martial, but probably no sooner than next spring.

Fidell also sees reason to believe that lawyers for both sides been quietly engaged in settlement talks.

"I think there has been a test of wills through the months that have elapsed since he was taken into custody," Fidell said. "But we don't know what the dynamic was there. All we know that it's taken a really unusually long period of time to get this case" to the hearing stage.

Last month, 54 members of the European Parliament signed a letter to the U.S. government raising concerns about Manning's lengthy detention. They questioned whether his right to due process has been violated by keeping him in pretrial confinement for 18 months.

It took months for the Army to reach the conclusion that Manning was competent to stand trial. In the meantime Manning's civilian lawyer, David E. Coombs, has sought to build a case that appears to rest in part on an assertion that the government's own reviews of the leaks concluded that little damage was done.

Indeed, the Pentagon determined in August 2010 that the initial leaks had not compromised intelligence sources or practices, although it said the disclosures could still cause significant damage to U.S. security interests.

U.S. officials warned of dire consequences in the days immediately after the first disclosures in July 2010. But the Pentagon review suggested those fears might have been overblown.

Even so, questions persist about whether the disclosures undermined U.S. officials' ability to maintain the allegiance of allies and people from other countries who take risks to cooperate with the U.S.