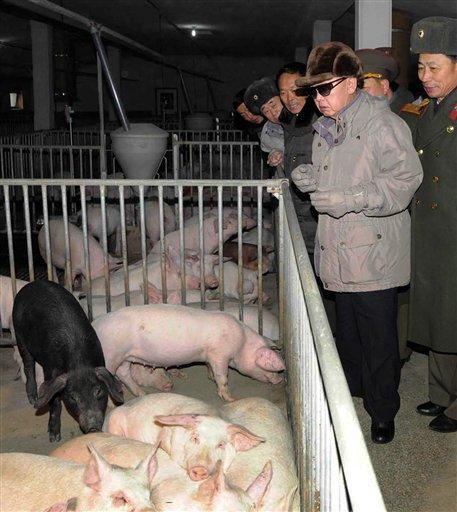 This article from The Weekly Standard was written by Terry Eastland.

AS "MUHANED" RECALLS, the year was 1991, and he was south of Baghdad, on a trip to visit his parents, when an Iraqi army unit seized him without explaining why.

He was taken to a military camp and thrown into a room with more than 100 other Iraqis. They were loaded onto buses and driven to the edge of a swamp, where they were unloaded and forced to crouch in rows.

Soldiers lined up in front of them, and when they started firing, a large man in front of Muhaned jumped to his feet. Sprayed with bullets, the man fell back upon Muhaned, flattening him and pushing him into the swamp. The man's body covered Muhaned completely.

Muhaned lay there 30 minutes while the shooting continued. The soldiers then checked the bodies and found one man who had been injured. They killed him.

They didn't discover Muhaned, who, having made his way into the cane, watched a bulldozer push the bodies into the swamp and cover them with mud.

Muhaned's real name has been withheld to ensure his protection. There are other Iraqis like Muhaned, other survivors of mass executions carried out by the Iraqi regime, other witnesses to crimes against humanity.

The U.S. Agency for International Development reports Muhaned's story and those of two other survivors of mass executions in a report issued last month.

It is titled "Iraq's Legacy of Terror: Mass Graves," and you can find it here.

Down through the years, groups like Amnesty International and Human Rights Watch issued reports on the mass murders. Iraq routinely denied them and refused to let in outside parties to conduct investigations.

But now, thanks to the liberation of Iraq, the truth is coming out.

Since last May, 270 mass graves have been reported, and 53 graves have been confirmed. Experts in forensic archaeology and mortuary science are settling into temporary quarters at a number of the sites. Some exhumations already have begun.

The digging up of the mass graves promises to be one of the big stories coming out of Iraq as it begins the post-Hussein era.

We are going to have a better idea of just how many people Saddam Hussein killed. Before the war, the number was estimated at between 300,000 and 400,000.

AID Administrator Andrew Natsios says that if those numbers prove accurate, "they represent a crime against humanity surpassed only by the Rwandan genocide of 1994, Pol Pot's Cambodian killing fields in the 1970s, and the Nazi Holocaust of World War II."

We also are going to learn a great deal more about how the killing was done.

Autopsies of bodies not decomposed will yield answers. So will examination of skeletal remains. Survivors of the executions like Muhaned will provide eyewitness accounts, as will some (now coming forward) who participated in the murders (against their will, they say). We will know which weapons (including nerve and mustard gas) were used.

And we will learn more about the unspeakable preludes to the mass executions. Forensic investigations will help establish whether beatings took place or whether there were electrocutions and mutilations.

The evidence retrieved from the graves will prove essential to the Iraqi effort to bring to justice those who killed their fellow citizens by the busload, including, eventually, Saddam Hussein himself. The new government scheduled to take over on July 1 will have authority to prosecute the crimes.

What's discovered in the mass graves also will bear - certainly it should bear - on any assessment of President Bush's decision to invade Iraq. That decision was based in large part on Saddam Hussein's pursuit of weapons of mass destruction, and much of the criticism of Bush's decision stems from the fact that none has been found so far.

But Bush also made a moral case for war. And that case emphasized the large-scale atrocities Saddam Hussein committed against his own people and surely would have continued to commit if we had decided not to invade Iraq. The moral case now stands to be vindicated - mass grave by mass grave.

Terry Eastland is publisher of The Weekly Standard. This column originally appeared in the Dallas Morning News.