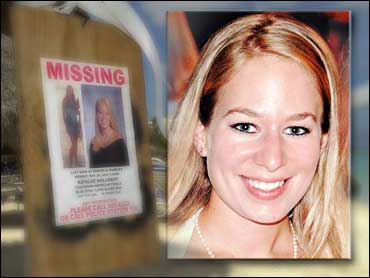 Authorities have closed the investigation into the disappearance of Natalee Holloway and do not have evidence to charge anyone, the prosecutors' office said Tuesday.

The three young men who were last seen with the Alabama teenager have all been notified that they will not be charged, the Public Prosecutor's Office said.

"The public prosecutor's office and the police have gone the extra mile and have exhausted all their powers and techniques in order to solve the mystery of the disappearance of the girl," it said.

The three suspects - a Dutch college student and two Surinamese brothers - were seen leaving a bar with Holloway the night she disappeared in May 2005. Police re-arrested them last month in a last-ditch effort to solve the case, but prosecutors said the men did not provide any new information under interrogation.

An attorney for two of the suspects, brothers Deepak and Satish Kalpoe, said prosecutors presented transcripts of online chat sessions that the suspects had with friends as new evidence.

"They tried to call it new, but it didn't have any incriminating points against our clients," attorney David Kock said. "It's like trying to say the Loch Ness monster exists."

In their statement, prosecutors said they still believe the three were involved in the disappearance, but cannot prove a crime was committed because Holloway's body was never recovered.

Prosecutors said they could reopen the case "if new serious evidence were to be found." The statute of limitations is six years for involuntary manslaughter and 12 years for homicide, they said.

One of the suspects, Joran Van der Sloot, has said he left her alone on a beach the night she vanished but does not know how she vanished.

No trace of Holloway has ever been found despite extensive searches involving hundreds of volunteers, Aruban soldiers, FBI agents and even Dutch F-16 jets with special equipment.

Holloway arrived in Aruba to celebrate her high school graduation. On the last night she was seen alive, the Mountain Brook, Alabama native attended a beach concert featuring Boyz II Men and Lauryn Hill and then ate and danced at Carlos 'N Charlie's bar and restaurant.

She never showed up for her return flight, and police found her passport in her hotel room with her packed bags.