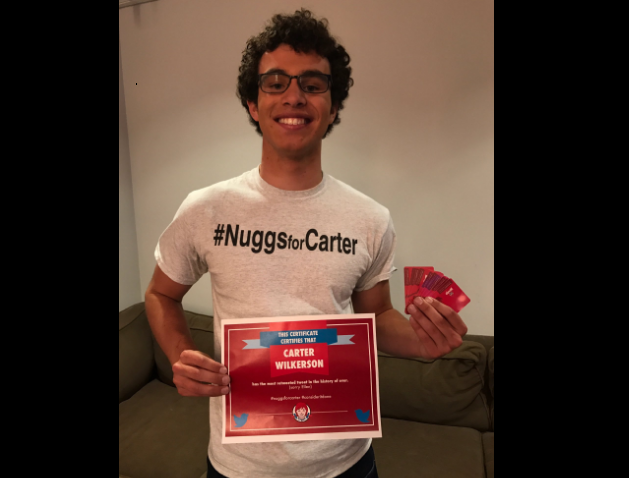 RENO, Nev. -- A Twitter plea from a Nevada teen for a year of free chicken nuggets from Wendy's is now the most retweeted post of all time.

Carter Wilkinson asked the fast food chain on Twitter last month how many retweets it would take for him to get free nuggets for a year. Wendy's replied, "18 million."

Wilkinson's screenshot of the exchange has moved past Ellen DeGeneres' viral tweet from the 2014 Oscars on Tuesday with more than 3.4 million retweets. Twitter confirmed the record to The Associated Press on Tuesday, saying #NuggsForCarter has become "the most retweeted tweet of all time."

Wendy's says Wilkinson has earned the nuggets despite not hitting the 18 million mark.

Wilkinson appeared on DeGeneres' show last month. She gave him a year's worth of Ellen-branded underwear and a television, but threatened to take the gifts back if he passed her.

After surpassing his goal, Wilkinson jokingly tweeted asking if he could keep his gifts.