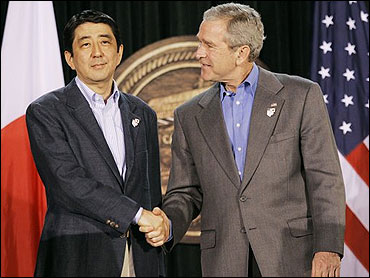 "I think President Clinton made one of his most serious mistakes in the way he handled the pardon situation the last few hours he was in office," Mr. Carter said during a speech at Georgia Southwestern State University. "A number of them were quite questionable, including about 40 not recommended by the Justice Department."

Of the Rich pardon, Mr. Carter said: "I don't think there is any doubt that some of the factors in his pardon were attributable to his large gifts. In my opinion, that was disgraceful."

Mr. Clinton has insisted there was nothing wrong with his pardon of Rich, who until then had been wanted by the Justice Department for allegedly evading more than $48 million in taxes, fraud and illegal oil deals with Iran.

The pardon is the subject of U.S. congressional hearings and a criminal investigation by federal prosecutors in New York.

Mr. Carter, who left office in 1981, said he pardoned about 500 people during his four years in the White House, most of those in the first three years, and none during the final weeks of his term.

"I never pardoned anyone whose pardon was not recommended to me after a complete investigation by the Justice Department," Mr. Carter said.