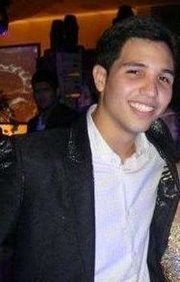 A son of Mexican drug kingpin Ismael "El Mayo" Zambada has been arrested in Arizona on cocaine and methamphetamine trafficking charges, authorities said on Friday.

He was arraigned on trafficking charges at the U.S. District Court in Tucson on Thursday, the U.S. Attorney's Office for the District of Arizona said.

El Mayo Zambada is the right-hand man of powerful Sinaloa cartel chief Joaquin "Shorty" Guzman, and the U.S. State Department has offered a $5 million reward for his capture.

Zambada-Ortiz is the second son of the accused drug boss being held in custody in the United States on trafficking charges.

Jesus Vicente Zambada-Niebla was arrested in Mexico in 2009 and extradited to the United States the following year. He is awaiting trial in Chicago on charges he trafficked cocaine and heroin and ran cash profits back to Mexico.

A grand jury indictment filed in Southern California alleges Zambada-Ortiz, also known as "Sera," conspired to import cocaine and methamphetamine into the United States through September 2013 from an unknown date.