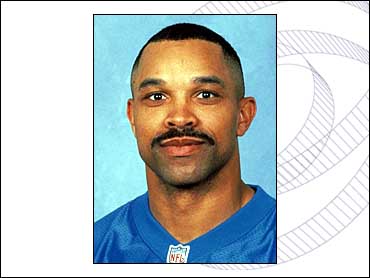 Washington Redskins safety Mark Carrier was suspended by the NFL for the fifth time in his career Thursday, the latest for one game for a helmet-to-helmet hit in the season opener.

The league announced that Commissioner Paul Tagliabue will also consider imposing an additional fine on the 11-year veteran, who will miss Sunday's game against the Detroit Lions.

The NFL first disciplined him earlier this week for the hit on Carolina Panthers tight end Wesley Walls, but the Redskins appealed Wednesday. Carrier and Redskins director of player personnel Vinny Cerrato met with NFL officials in New York on Wednesday.

The Redskins refused to discuss the matter until Thursday.

Speaking after the final decision was made, Carrier denied it was a malicious hit.

"I play football, made a play on the ball, knocked the ball down, and me and the gentleman collided," he said. "I thought I'd at least show them what happened and go from there. But I've been through it enough times, and I know what to expect from the league."

The hit occurred late in the second quarter of Washington's 20-17 victory. Carolina faced a second-and-goal at the 22, when quarterback Steve Beuerlein tried to hit Walls just inside the 10. The ball was there, but Carrier jarred Walls from behind almost simultaneously to break up the pass. Walls lay sprawled for several minutes but walked off the field.

Coaches and teammates have said during the week that Carrier did nothing illegal.

"Mark gets both hands on the ball, his vision is clearly directed at the ball, there's contact," Turner said. "I don't know that he could have avoided contact the way it happened and still played the ball."

Cornerback Deion Sanders said: "It wasn't like Mark really tried to hit him. If he had tried to hit him, he probably would have really laid him out. But he was going for the ball. He really had his hand stretched out on the ball. It was an awfully good football play."

Carrier accused the NFL opunishing him to set an example.

"No doubt about it," he said. "They said in the meeting to me that we have to make a point throughout the NFL that this can't go on, that it's unnecessary."

Carrier played his first seven seasons in Chicago making the Pro Bowl in 1990, 1991 and 1993 and the last three in Detroit. A free agent, he signed a five-year, $15.9 million contract with the Redskins in February as part of owner Daniel Snyder's offseason spending spree.

He said it hurts having to miss Sunday's game Detroit, one of his former teams, and Sanders concurs.

"I'm sure he's having it tough," Sanders said. "You want to play against your old team. It's like me getting suspended before the Dallas game for a hard hit, which won't happen. He's not going to get the opportunity."

Matt Stevens, a fifth-year player, will replace Carrier. Stevens led the Redskins with six interceptions in 1999.

"This is really going to affect our whole secondary because Mark is the quarterback of the entire secondary," Sanders said.