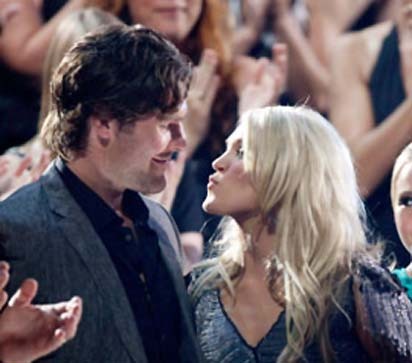 The couple, who met at one of Underwood's concerts, will wed at The Ritz-Carlton Lodge, Reynolds Plantation, in Greensboro, Ga., and have booked the entire hotel for the event and their guests, according to Radar Online.

After a year of dating, the two got engaged when Fisher, 30, proposed in December 2009.

Although the former "American Idol" champ imagined a small and intimate wedding, she told Usmagazine.com in Januarythat just couldn't be possible.

"There are so many people," Underwood, 27, said to the magazine. "He has a huge family; they're all really close. My family is big, but we're not that tight-knit. His is about three times the size of mine."