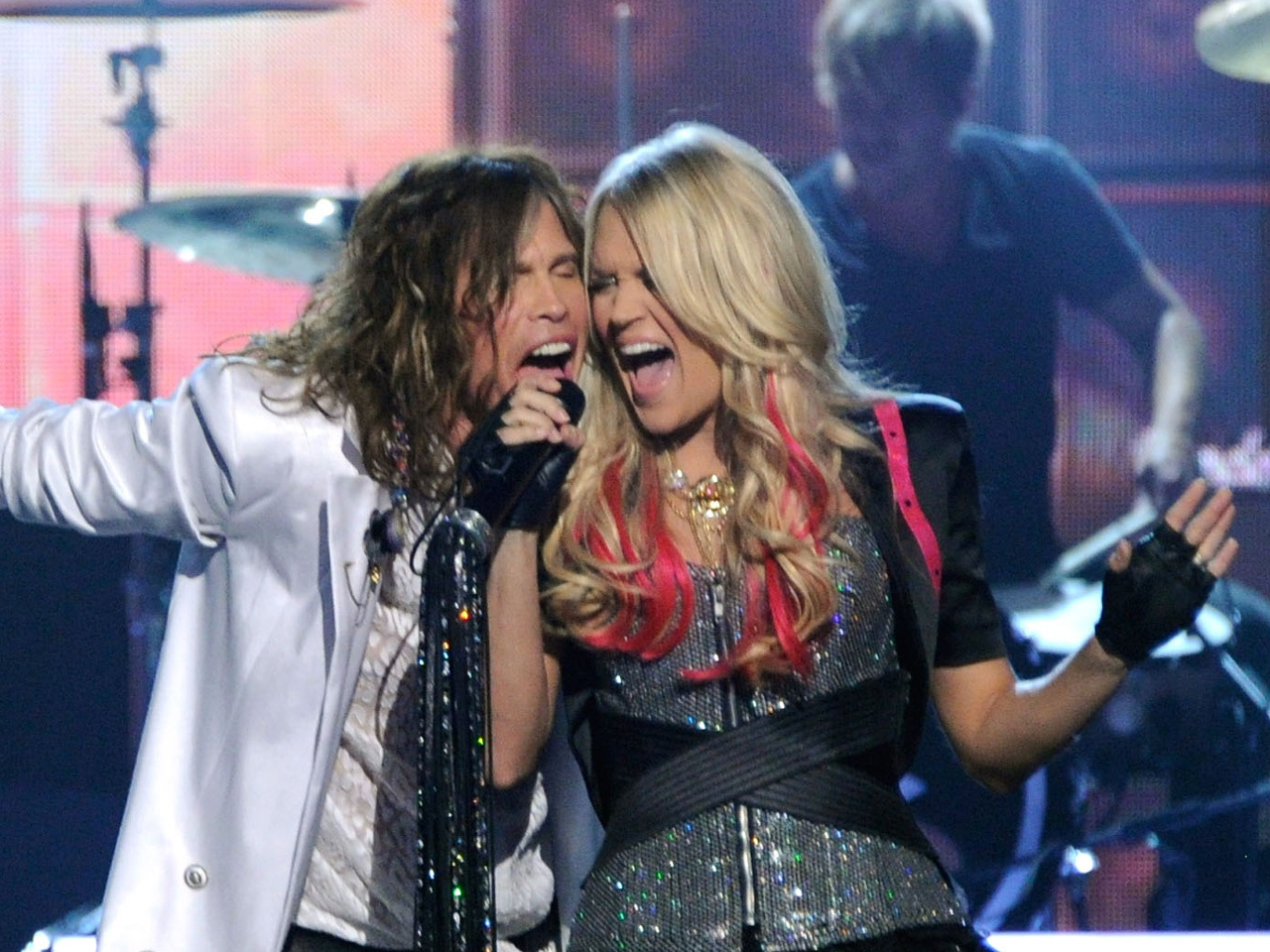 "American Idol" met "American Country Music" Sunday night when country music's elite gathered in Las Vegas to honor their own at the the 46th Annual Academy of Country Music Awards.

One of the highlights of the two-hour ceremony, broadcast live on CBS, was a duet between country music's "it" girl Carrie Underwood and "American Idol" judge and Aerosmith frontman Steven Tyler.

The two blasted though her "Undo It" and the segued ino Aerosmith's "Walk This Way" with a bit of strut and swagger.

Underwood, an early "American Idol" winner even had a scarf tied to her mic in an homage to the rocker. Tyler tossed phrases - and a few air kisses - at Underwood in a performance that brought down the house.