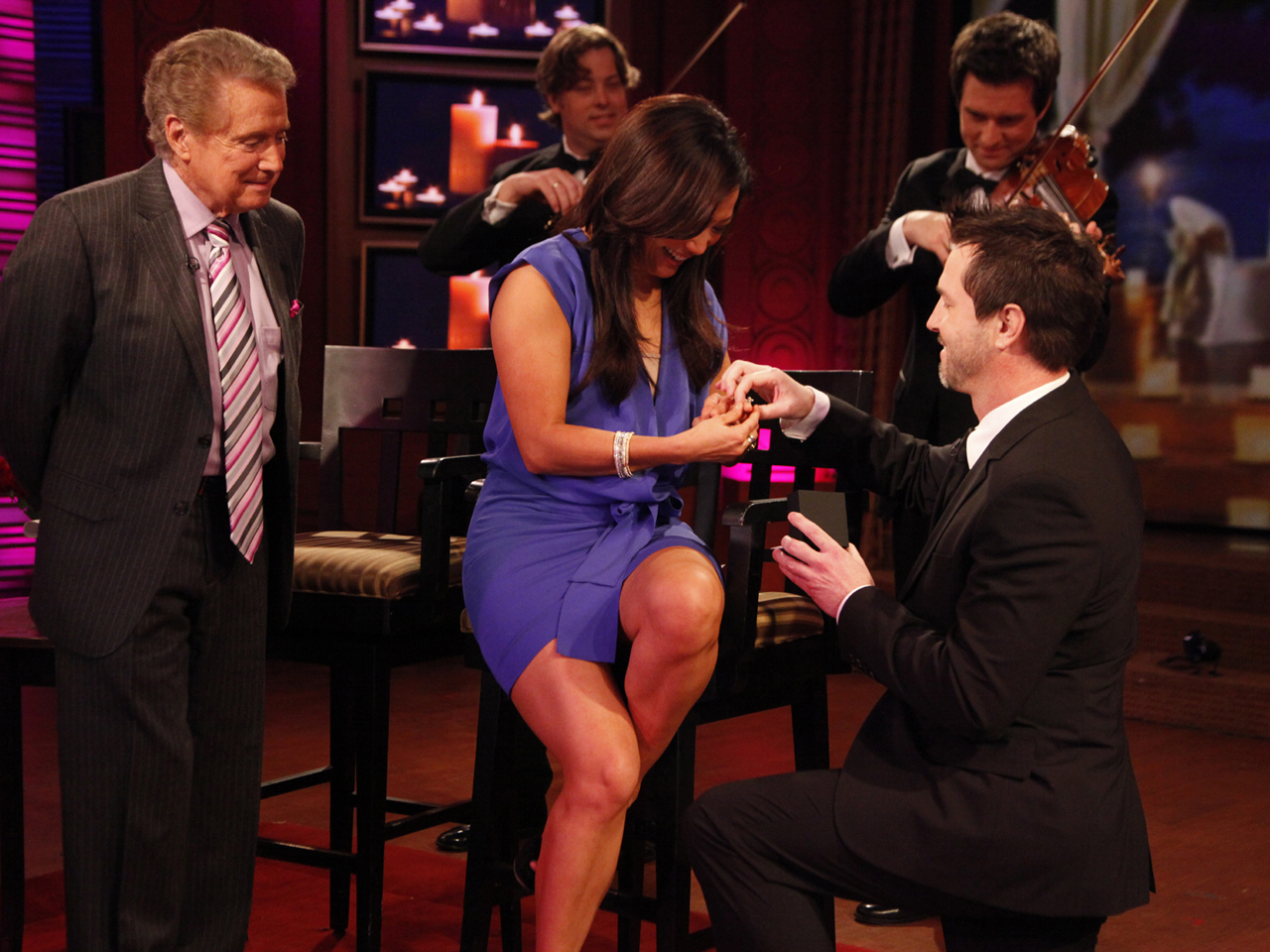 (CBS) Carrie Ann Inaba no longer needs to dodge engagement rumors - she is now officially off the market.

The "Dancing with the Stars" judge got a surprise proposal while filling in for Kelly Ripa on "Live with Regis and Kelly" from her boyfriend of two years, 39-year-old accountant Jesse Sloan.

So how did he pull it off?

Regis Philbin helped pull off the surprise by pretending to answer a viewer's question on how best to propose to his girlfriend. Before you knew it, the lights dimmed, and live violinists appeared along with a bright-eyed and smiling Sloan, who told Inaba, 43, that she is his inspiration; she's beautiful; she's wonderful.

The former "In Living Color" Fly Girl was brought to tears as she accepted the ring, which is a stunning two-and-a-half-carat, D-color, princess-cut diamond solitaire ring in platinum from Rafinity. It even has a personal touch inside the ring - the couple's birthstones, a Rafinity signature detail, People reports.

Although Inaba was caught off guard, she had in mind that she'd be engaged sometime soon.

Earlier this month, Inaba told Prevention magazine that she and Sloan would tie the knot this summer.

"We are planning a summer wedding on the beach," Inaba said. "We want everyone to jump in the water with us after our vows...so it will have to be someplace warm and tropical."

Inaba, a self-proclaimed cougar who has "always gone out with much younger guys," also shared how she was staying fit before the big day as well as her healthy eating habits. Looks like all her hard work has paid off!