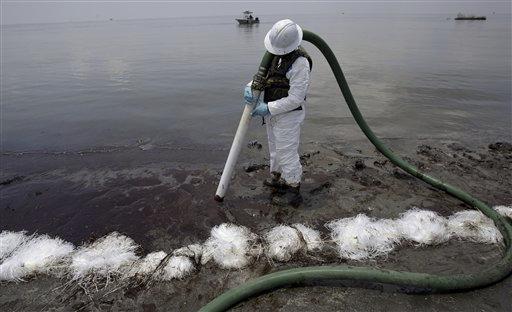 Actor Jim Carrey is best known for his wacky comedies, which have made him one of Hollywood's most bankable stars.

He's one of a handful of actors who commands $25 million a picture. He's been called "aggressively infantile," "gleefully uninhibited," and he's been called the greatest physical comedian of the past century. He makes fun of ego and insecurity, altruism and selfishness, macho bravado and feminine sensitivity. And you can find a little bit of all those things in his personality.

In a rare one-on-one interview with Correspondent Steve Kroft, Carrey speaks frankly about his life, his bouts with depression and his spirituality.

60 Minutes met with Carrey one Sunday afternoon last month at Fox Studios in Hollywood, with no idea of what to expect.

Carrey is one of the last of the great clowns, a foil to disrupt and divert attention from the ringmaster. He wears costumes and behaves in a strange or silly manner. It's visual, physical humor with leaps and pratfalls, with a face so pliable, there is no need for grease paint or a rubber nose.

Carrey can play a villain or a sad and wistful buffoon. But that's not all there is to Carrey. By the time Kroft sat down for an interview at his home in Los Angeles, Carrey had already spent a lot of time thinking about what he had to say.

"I was up until 3 a.m., I got very little sleep because I wasn't just gonna flail helplessly in front of the camera, you know? I wanted to focus on what I believe because I want to give the world the real thing," says Carrey.

What began simply enough with a tour of the private screening room, decorated with costumes from his movies, ended four hours later, with Carrey revealing a serious, complicated, introspective artist, constantly searching for answers about himself and the world.

Carrey tells Kroft that he is interested in "basically boiling it down to what's important." And he explains his philosophy on life is to "just be in the moment. And live now. Because this is all there is. And enjoy now like a child. And be your authentic self."

Being in the moment is an essential part of Carrey's comedy. 60 Minutes visited Carrey on the set of "Lemony Snicket – A Series of Unfortunate Events," a film produced by Paramount which is owned by the same company that owns CBS. The movie is based on a series of children's stories.

Carrey, in full costume, wiled away his down time by mastering his latest toy, a personal motorized vehicle he had just bought for himself. But when it came time to perform, Carrey did the same scene, five different times, five different ways.

"If you aren't in the moment, you are either looking forward to uncertainty, or back to pain and regret," says Carrey. And he's had plenty of all that. As one writer put it, "Comedy is the mask in Jim Carrey's Hollywood wardrobe. But the face that shines through is still a desperate kid from Canada."

Carrey was the youngest of four children. His father was a saxophone player, who became an accountant to pay the bills. But when he lost that job at age 51, it changed everything for the family. The day Carrey turned 16, he dropped out of school.

"My family kinda hit the skids. We were experiencing poverty at that point. We all got a job, where the whole family had to work as security guards and janitors. And I just got angry," says Carrey. "I was angry at the world for doing that to my father. I wanted to bash somebody's head in, basically."

Is the anger and the anxiety that Carrey has had to battle all these years a source for his comedy?

"Yeah. Absolutely. People need motivation to do anything. I don't think human beings learn anything without desperation," says Carrey. "Desperation is a necessary ingredient to learning anything, or creating anything. Period. If you ain't desperate at some point, you ain't interesting."

Carrey understands desperation. At 17, he was struggling to support his parents, working comedy clubs in Toronto. And at 21, he'd already made his first appearance on "The Tonight Show," doing impersonations. The act was hugely successful, but he didn't want to become famous imitating other people.

"I can get 2,000 people down and I will still be saying to the world that those people are more interesting than me. And that's just not true, you know," says Carrey.

When he decided to throw his old act out, his friends thought he was crazy. But Carrey went back to comedy clubs and started doing improv, vowing at one point to do an entirely different act every night.

"Some nights it was a melee, literally, where I'd be standing trying to defend myself for what I was doing. People would be screaming at me to do my old act, and getting actually violent and angry at me," recalls Carrey.

"And there were a couple of nights when I was literally on the tables with a broken bottle ... fighting people off and stuff. It was a crazy experiment. But it was so good because it made me comfortable with the creative process -- with being on a limb, you know? And I've been there ever since."

Carrey also started taking acting classes, and now, after 28 films and a billion dollars in box office, he can pick his roles and name his price. He says he wants to make films that people will like and are interesting to him.

About half the time now, those are dramatic roles, not comedies. And Carrey has already proven himself an accomplished actor. He won the first of two Golden Globe Awards for "The Truman Show."

This year, he's getting Academy Award consideration for "Eternal Sunshine of the Spotless Mind," a low-budget, art-house film about love lost — a subject he has some experience with, and used in preparing for the role.

"I was trying to speak to my ex, and all this stuff, and say these things, and I mean, artistically you do that, you know," says Carrey.

Which ex? "I don't want to say. There are many," says Carrey, laughing. "There are many that I've felt that way about, you know?"

His first marriage to Melissa Womer lasted seven years and produced a daughter, Jane, who is now 17, and the only female in her father's life. Carrey's second marriage was to actress Lauren Holly. It lasted barely eight months. And his last serious relationship, with actress Renee Zellweger, ended four years ago.

There have also been other personal struggles, including depression.

"I was on Prozac for a long time. It may have helped me out of a jam for a little bit, but people stay on it forever. I had to get off at a certain point because I realized that, you know, everything's just OK," says Carrey.

Instead, he says he doesn't take anything. "I rarely drink coffee. I'm very serious about no alcohol, no drugs. Life is too beautiful."

Now, he draws his strength from the spiritual side of his life. And despite a rare Los Angeles downpour, he insisted on taking Kroft to his secret spot where he goes to shut out the rest of the world. It took a five-minute climb up a trail on his property to reach his destination.

"This is my spot. This is the center of the universe," says Carrey. "This is where I hang out with Buddha and Krishna and you know, all those guys."

Is he a Buddhist? "Jesus. I'm a Buddhist, I'm a Muslim, I'm a Christian. I'm whatever you want me to be," says Carrey. "It all comes down to the same thing. … You are either in a loving place, or you are in an unloving place. If you are with me right now, you cannot be unhappy. It's not possible, just try."

"Would you be offended if I said I'd like to be a little drier," says Kroft, laughing.

Carrey's faith is both personal and mystical. He believes that miracles will come true, if you believe in them, and he has his life and his career to prove it. But he also thinks that people who express strong feelings about spirituality run the risk of being labeled "a kook."

"You know, what the hell? What the hell? You know, whatever. I just want to be myself. You know," says Carrey. "And if that, what if I lose a few fringe people who can't go with the fact that there's other forces in the world, that's OK with me."

"I get the sense you are a big bundle of conflicting emotions," Kroft tells Carrey. "It's all very close to the surface."

Carrey agrees: "Yeah, I'm emotional," he says. "I've decided to be there. I only act in the movies."

But acting is still the biggest part of his life - the thing that defines him. His talent and need to perform.

"I want to be the greatest actor that ever lived, frankly. I'd love that. But I don't need to be. I just want to be here. That's it," says Carrey. "When the opportunity arises, and I'm on the set. And I'll be there tomorrow. I'm not going to live it until I get there, and when I get there, I'm going to have a great time. I'm going to walk into the set and I'm going to go, 'Hey humans. How are you doing? Let's have fun. Let's play in the sandbox.'"