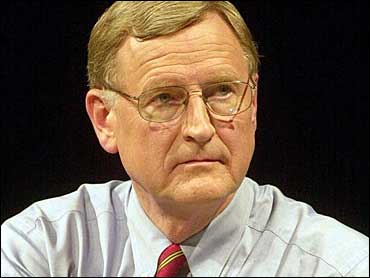 A federal probe of the plane crash that killed Gov. Mel Carnahan found that his pilot son, Randy, grew disoriented and lost control of the Cessna 335, in part because the key instrument guiding him through darkness, rain and fog malfunctioned.

The National Transportation Safety Board on Wednesday issued its final word on the probable cause of the crash, saying the pilot failed to control the twin-engine aircraft because he was disoriented. The instrument failure and turbulent weather also contributed to the accident, NTSB said.

The plane crashed Oct. 16, 2000, into wooded hills south of St. Louis, killing the governor, his son and aide Chris Sifford. Since then, investigators have focused on the main instrument Randy Carnahan used to navigate the stormy skies: the primary attitude indicator.

Also called the artificial horizon, the attitude indicator reports a plane's position in the air, telling whether a plane is banking and whether the nose is high or low. NTSB investigators concluded that the primary attitude indicator "was not displaying properly at the time of impact," although they could not determine what caused the malfunction.

However, because the secondary instrument was smaller and located several feet away, Randy Carnahan would have had to turn his head frequently and rapidly for cross-checks with other instruments, likely causing "spacial disorientation" that probably was exacerbated by noise and turbulence from the storms, the report said.

A transcript of Randy Carnahan's conversation with air traffic controllers, released last year by NTSB, shows the pilot struggled with failed instruments as he flew through stormy skies.

"We've got our hands full right now," he said, when asked the altitude of his twin-engine plane.

The attitude indicators are powered by a vacuum pump and manifold system, which the victims' families blame in wrongful death lawsuits for causing the instrument failure. Defendants in the case have said negligence by Randy Carnahan led to the crash.

The NTSB concluded that because the secondary attitude indicator was working, and judging from parts found in the wreckage, "adequate vacuum existed for the airplane's instruments to operate."

However, investigators added that rotors that powered the primary indicator's display were not operating at a high enough rpm, or velocity, to keep it operating properly.

The report describes Randy Carnahan as a safe and conscientious pilot. Investigators confirmed he was in excellent health and had completed extensive training in the aircraft, a twin-engine Cessna 335.

The report also says Randy Carnahan was known to cancel trips when weather conditions were unfavorable.

The governor died three weeks before the election in which he sought the U.S. Senate seat held by Republican John Ashcroft, now the U.S. attorney general. Despite his death Carnahan outpolled Ashcroft and the governor's widow, Jean, was appointed to serve the first two years of the six-year term that would have been his. She is now campaigning for election in November to finish out the term.