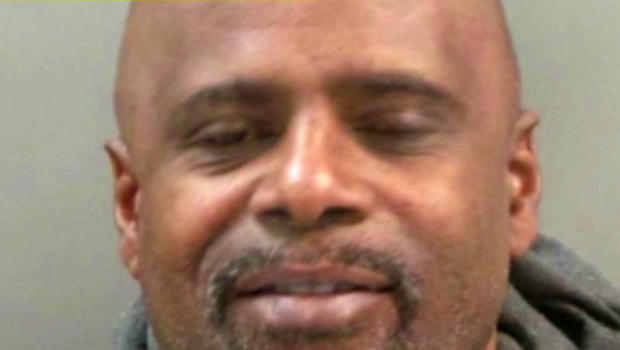 NEW YORK -- A man who jumped out of a freezer and threatened employees with a knife at a New York City brunch spot and then died was a suspected cold-case killer, authorities revealed on Monday. Carlton Henderson had just been released from jail in Boston.

Henderson screamed "Away from me, Satan!" as he rushed out of the walk-in freezer at Sarabeth's on Manhattan's Upper West Side Sunday morning, police said. Kitchen employees stripped away the knife and took him to the floor, police said, and he went into cardiac arrest.

New York police are investigating how Henderson got into the freezer, CBS station WCBS-TV reports. The restaurant has not responded to the station's requests for comment.

Henderson was facing murder charges in the 1988 shooting deaths of 26-year-old William Medina and 22-year-old Antonio Dos Reis. The 54-year-old of Cave Creek, Arizona, got out of jail last Wednesday.

A judge threw out key evidence in the pending double-murder case and ordered Henderson released on his own recognizance. Judge Janet Sanders said Henderson's 1993 statements suggesting his involvement in the 1988 killings were inadmissible because he and investigators had an understanding that they couldn't be used against him.

Henderson was looking to trade the information for a reduction in his 15-year prison sentence on drug and gun charges, Sanders wrote. Investigators treated him as a cooperating witness — not a target or a suspect — in his 55 hours of questioning, according to the judge.

Prosecutors argued such an informal immunity agreement, known as a proffer, would have been made in writing and no corroborating paperwork has been found. Police arrested Henderson in St. Louis, Missouri, in June 2017 after bullets from the Boston killings were matched to a gun recovered in a fatal shooting in Miami in 1993.