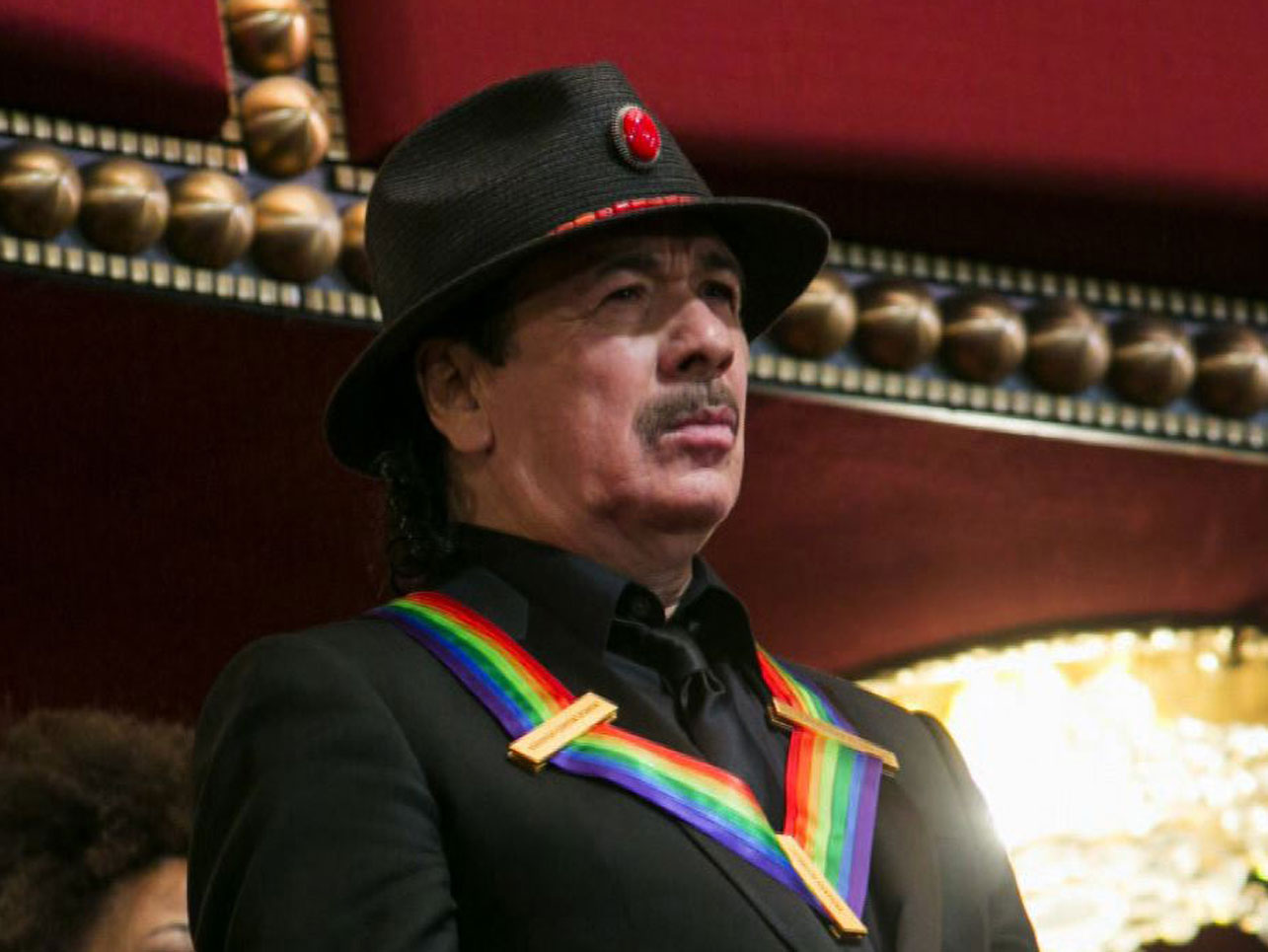 Nearly 45 years ago, guitarist Carlos Santana burst onto the scene and re-defined rock music. As one of music's most acclaimed guitarists, he pioneered a new sound -- blending Afro-Latin beats with the electric blues. Santana is among this year's Kennedy Center Honorees.

Santana told CBS News’ Anthony Mason that he’s "really, really grateful" about the about the award.

He also said that he thinks “Smooth” and “Black Magic Woman” are two of his songs that are “forever going to be in the blood stream of the listener.”

Born in rural Mexico, Santana is a fourth-generation musician. His father was a mariachi violinist.

"Whenever he played, he was the center of attention,” Santana said of his father. "I wanted to be like my Dad, you know, ‘cause everybody adores my Dad. My Dad was pure charisma."

His father gave him violin lessons, but Santana would choose the guitar. Together they played on the streets of Tijuana, Mexico, where American blues had taken hold.

Then, when the family moved to San Francisco in the 1960s, Santana formed a band.

“We were just playing in pizza places and almost like Bar Mitzvahs or Quinceaneras -- any place that will take us,” he told Mason.

In 1969 his group landed a spot at the three-day Woodstock music festival. Their performance on stage, and in the film, remains one of rock's most memorable.

Santana said that he was “not at all” aware of the impact he was having during his performance that day, adding he was “really high” on drugs. He said he kept thinking, “God, please help me stay in time and in tune. I’ll never take drugs again.”

The artist’s breakthrough set at Woodstock was arranged by the legendary promoter Bill Graham. Santana said it was Graham who got him to record “Evil Ways.” He said that Graham was the first one to tell his band, “This is what’s gonna get you on the radio.”

However, Santana told Mason he did not enjoy the fame.

“The more success, the lonelier and more miserable I felt,” he said. "Because as humans, we're not supposed to be entrapped by the trappings of world adulation."

Under the stress of success and drugs, the band was deteriorating. At the same time, Santana’s music was getting jazzier, eroding its top 40 appeal and causing frustration for some of his fans.

"I love committing career suicide,” Santana said. “Once in a while it's mandatory for any artist to commit career suicide, because you grow. Otherwise you become like a rubber stamp guy ... and then you hate yourself."

In 1999, Santana would have an astounding commercial rebirth, with the album, "Supernatural." The album sold more than 15 million copies in the U.S. alone, produced two number one singles, and won Santana a record eight Grammy Awards in a single night.

Now, at 66 years old, Santana is still at it, playing 80 shows a year as resident headliner at the House of Blues in Las Vegas. He also has a new album out early next year.