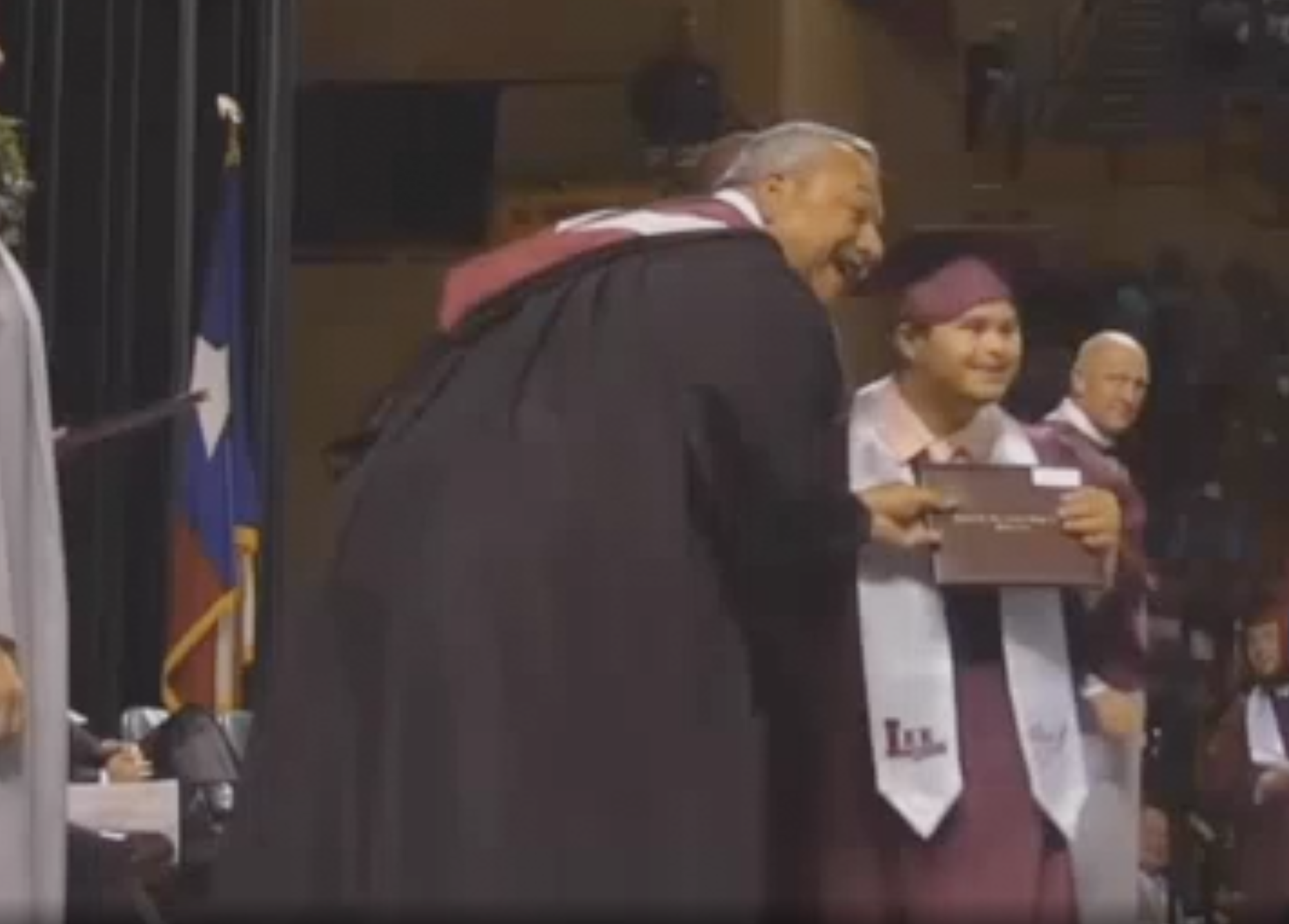 When his name was called at the Lee High School graduation in Midland, Texas, Carlos hopped up on stage and jumped and danced his way over to collect his diploma, pumping his fists in the air.

His enthusiasm was so contagious, a faculty member on stage began jumping along with him.

Midland Independent School District and others shared videos of the happy graduate on Facebook, and it has gone viral.

Carlos is what his mom, Teresa Neira, calls "a blessing in their lives," KWES reports. Nerias says despite her son's differences, she always knew Carlos would be treated just like everyone else. The reason: she treated him just like she treated her seven other kids.

When Neira found out her eighth child would be born with Down syndrome, she knew he would be OK. "My husband, he was the one who took things worse," Neira said. "And I told him, 'Just like we did with the rest, we'll get this one through it all.'"

Nineteen years later, her eighth baby is now grown and has reached a major milestone in his life. She proudly watched Carlos bounce across the graduation stage last week, and says others were impressed with his enthusiasm.

"To our great surprise, they say 'Carlos Neira' and the whole world, the men in front of us and everyone recording, they started asking, 'Oh my God! Who is he?' Jeez! As if he was the president's son or something," said Neira.

Neira says Carlos finds that enthusiasm through his faith, and whenever times get tough, he looks up to God. "He's given us an example of sharing, of love, of happiness," Neira said. "Nothing gets him down. He looks up and points to God. God. He's full of faith. Lots of faith."

Carlos will be attending Life College and he says in the future, he wants to get a job where he can interact with people. With charisma like his, that should be an easy job to do.