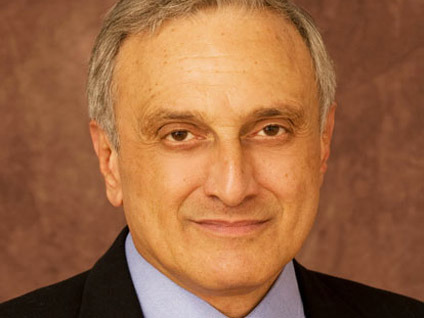 Carl Paladino -- a millionaire developer who has acknowledged forwarding racist and sexist emails, who has proposed turning empty prisons into dormitory space for welfare recipients, and whose state party didn't even want him on the ballot -- has won the Republican gubernatorial nomination in New York.

Paladino's victory over Rick Lazio doesn't much change Republican prospects in the gubernatorial race, with Democrat Andrew Cuomo expected to cruise to an easy win. But it could prove a drag on Republicans in downballot races in the state and also embarrass the GOP establishment.

In April, Paladino acknowledged forwarding emails including images of bestiality and derogatory characterizations of President Obama, including one offering a video clip of African tribesmen dancing that characterized the video as "Obama Inauguration Rehearsal."

The Tea-Party backed candidate reportedly sent an e-mail depicting a horse having sex with a woman and another that included a pornographic video and the headline "Miss France 2008 F[***]ing." He also reportedly sent out an e-mail depicting President Obama and First Lady Michelle Obama as a pimp and prostitute and one showing an airplane landing near black men with the caption "Holy Sh*t. run ni**ers, run!"

Paladino also made headlines for saying last month, as the Associated Press reported, that "he would transform some New York prisons into dormitories for welfare recipients, where they could work in state-sponsored jobs, get employment training and take lessons in 'personal hygiene.'" The program, he said, would be voluntary.

He waded into the debate over the proposed Islamic cultural center two blocks from Ground Zero, going even further than many other Republicans by suggesting he would invoke eminent domain laws to block what he calls a symbol of "conquest." He believes global warming is a "farce." He has what one New York tabloid called a "10-year-old love child." If the state budget is late, he promises to shut down the government. He defended a friend who called New York Assembly speaker Sheldon Silver, an Orthodox Jew, "an Antichrist or a Hitler."

In endorsing Lazio before the vote, the New York Times said that by nominating him the GOP "could avoid the national embarrassment of a Paladino candidacy."

The state GOP tried to keep Paladino off the state ballot, but he got enough signatures to force his way on; he was then able to capitalize on voter anger against the Albany establishment to overtake Lazio, a mainstream figure who had been widely-expected to easily win the nomination (and then lose to Cuomo). Paladino's victory looks like more bad news for a weakening Republican party in New York - and good news for Democrats who now have a potent symbol to feed their preferred narrative that Republicans are too far out of the mainstream for most Americans.

"We are mad as hell," Paladino said at his victory party Tuesday night, as the New York Times reports. "They say I'm too blunt. Well, I am. And I don't apologize for it. They say I'm an angry man, and that's true. We're all angry."