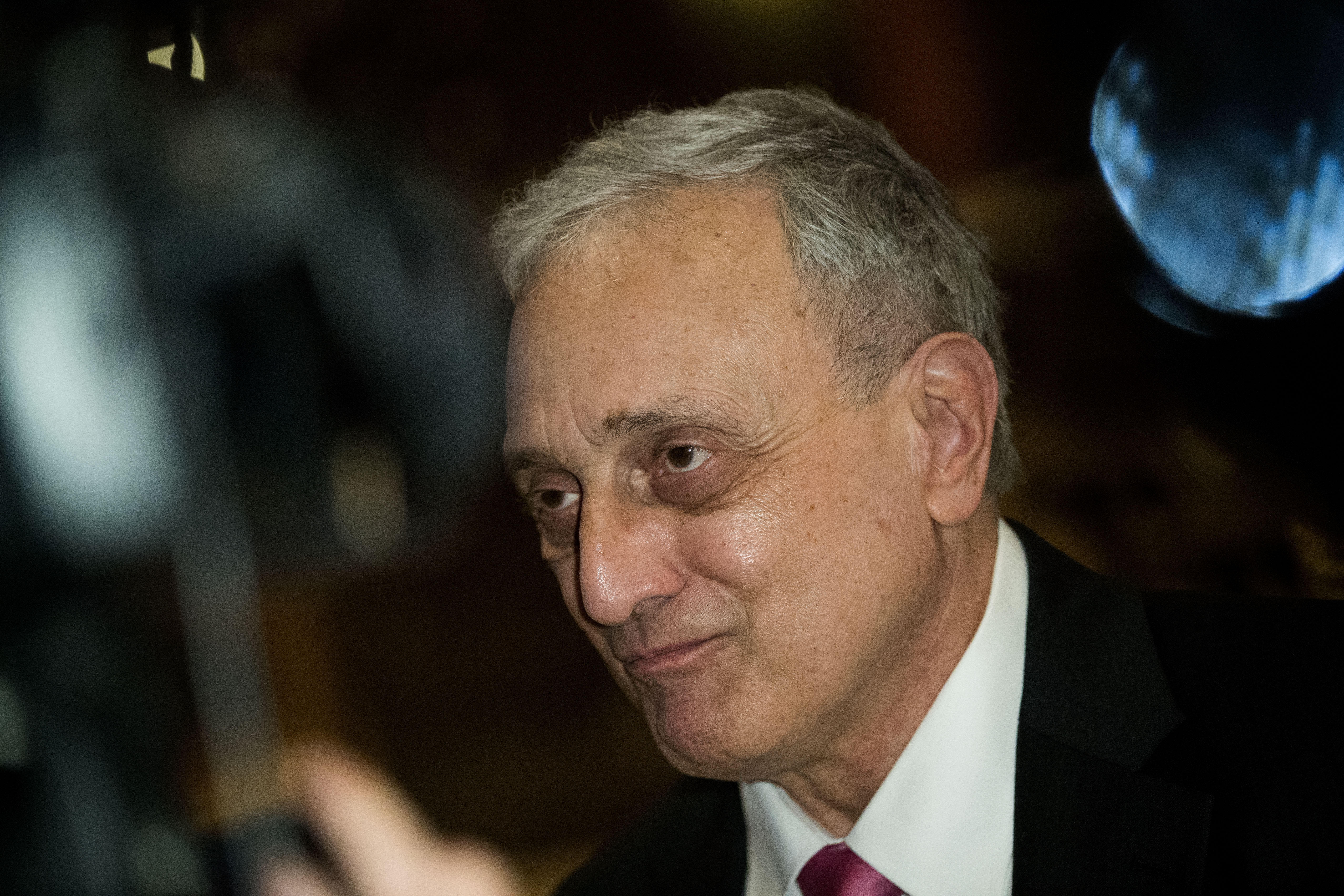 ALBANY, N.Y. -- A wealthy businessman who co-chaired president-Elect Donald Trump’s state campaign confirmed to The Associated Press on Friday that he told an alternative newspaper he hoped President Barack Obama would die from mad cow disease and that the first lady would “return to being a male.”

Carl Paladino, a millionaire real estate developer who unsuccessfully ran for governor in 2010 as a Republican, made the comments in response to a survey by Artvoice, a Buffalo publication that asked local artists, performers and business owners for their New Year’s wish list.

Asked what he would most like to happen in 2017, Paladino responded that he hoped “Obama catches mad cow disease after being caught having relations” with a cow, dies and is buried in a cow pasture.

Asked who he would like to see “go away,” he said Michelle Obama.

“I’d like her to return to being a male and let loose in the outback of Zimbabwe where she lives comfortably in a cave with Maxie, the gorilla,” he wrote.

Reached at his western New York office by phone, Paladino, a member of the Buffalo school board, confirmed to the AP the answers published in Artvoice were his.

In a subsequent emailed statement, Paladino, 70, claimed his comments had “nothing to do with race” but instead reflected his opinion of the president’s performance in office.

“Merry Christmas and tough luck if you don’t like my answer,” he wrote.

As recently as August, Paladino falsely claimed Obama was not Christian, telling the New York Observer that to average Americans, “there is no doubt he is a Muslim.”

And in 2010, Paladino was criticized after it was revealed he had forwarded to friends racially charged emails that depicted Obama as a pimp.

A spokeswoman for Trump, who earlier this month met with Paladino in Trump Tower, didn’t immediately respond when asked for the president-elect’s reaction to the comments.

But Democrats and civil rights groups were quick to condemn them.

In a statement, Democratic Gov. Andrew Cuomo called the remarks by his former gubernatorial opponent, “racist, ugly and reprehensible.”

“While most New Yorkers know Mr. Paladino is not to be taken seriously, as his erratic behavior defies any rational analysis and he has no credibility, his words are still jarring,” he said.

“He says this stuff without anybody countering him,” he said. “By their silence, to me, they’re condoning that. They’re accepting him and his behavior.”