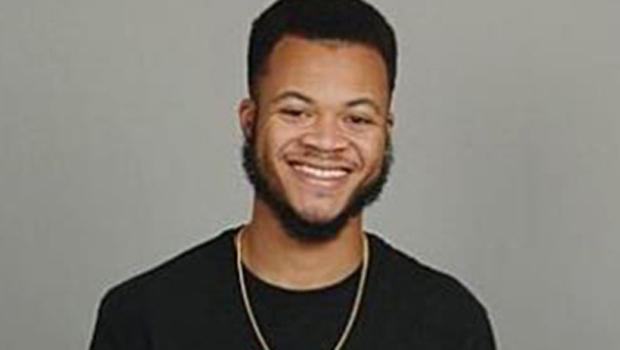 Carl Conyers, a 21-year-old student at the University of Houston, appears to be fine but is being checked in a hospital as a precaution, the station says.

There was no initial word on where he’d been, why or with whom.

His girlfriend, Daisha Lewis, told CBS Radio station WWJ in Detroit Thursday she was supposed to meet him on campus Wednesday, but he never showed. When she and friends checked his apartment, they found some clothes and other items missing.

Carl Conyers’ roommate, Chet Ball, suggested Conyers may have been overwhelmed by his studies.

“School can be hard on a person,” Ball told reporters outside of their apartment. “Stress is very serious.”

Houston police spokesman Kese Smith said the department was working with the FBI and Secret Service to find Carl Conyers. The Secret Service was involved because Conyers is the son of a congressman.

John Conyers was first elected to Congress in 1964 and is its longest-serving member.

Corey Gentry, a friend and schoolmate of Conyers, told the Houston Chronicle that Conyers is active on campus, as president of the school’s Black Business Students Association and a member of an arts group called Uncommon Colors.