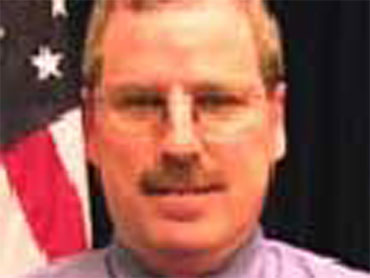 Ferrying emergency supplies to villagers devastated in deadly floods, U.S. and Canadian troops on Wednesday struggled to assess the scope of a disaster that has killed more than 660 people in Haiti and the Dominican Republic, and left hundreds missing.

Troops from a U.S.-led multinational force sent to stabilize Haiti after President Jean-Bertrand Aristide was ousted on Feb. 29 flew by helicopters to the Haitian town of Fond Verrettes, ferrying basic supplies to about 3,000 desperate Haitians.

Rains lashed the island of Hispanolia, which the two countries share, sweeping away entire villages near the Dominican border town of Jimani, and other towns across the Haitian border, including Fond Verrettes, where more than 158 people were missing and presumed dead.

Haitian officials said the toll soared with more than 250 corpses being recovered. The body of a 5-year-old boy was recovered Wednesday in Fond Verrettes, about 35 miles (56 kilometers) southeast of Haiti's capital of Port-au-Prince.

"The river took everything, there isn't anything left," said Jermanie Vulsont, a mother who said the rushing water swept away her five children early Monday in Fond Verrettes.

Television reporter Alicia Ortega told CBS News many residents had built their homes on what had been the dry riverbed.

The death toll was expected to rise as more bodies were recovered. Other news services have reported the death toll as much higher.

Mudslides have prevented rescue teams from reaching many parts of the two countries. Some 400 people were still missing in the Dominican Republic and more than 160 were unaccounted for in Haiti.

The rains saturated Fond Verrettes, prompting mudslides and landslides from an adjacent hill to cover most of the town. On Wednesday, it looked like a pocked riverbed with stunned residents wondering around and asking troops for help.

"For a while we didn't even realize what we were standing on," said U.S. Marine Lance Cpl. Justin Collins, 21, of Avon, Illinois, one of about 20 Marines who went to help feed villagers. "We were standing on some parts of a neighborhood. It's clear they need more food and water."

Manie Ceceron, 37, lost her five children in the rains. "The rain came. I was in the house and I ran. I couldn't see anything. I didn't see my children. I never saw my children."

Workers recovered about 100 corpses in southern Haitian towns of Grand Gosier and 100 more in the neighboring town of Mopou, said Haiti's Civil Protection Director Marie Alta Jean-Baptiste. Another 50 corpses were found elsewhere across the country.

Help has not yet been able to reach Mopou and more than 150 are reportedly injured and without health care, the Haitian government said. Other towns were also in need.

In the Dominican Republic, more than 417 bodies were recovered, including seven sun-bleached corpses that were seen on the banks of Cabritos Island by a photographer from The Associated Press. The island lies in the crocodile-infested, saltwater Lake Enriquillo, about 6 miles east of Jimani.

The bodies of those missing were believed to have been swept away in the rain and carried to the banks of the lake, said Eddy Olivares, operations chief for the Dominican Civil Defense, who said he expected more corpses would be found this week.

More than 150 corpses were buried where they were found in Jimani on Wednesday. Another 100 or so were buried in a mass grave on Tuesday.

Authorities told families there was no time to identify many of the bodies because they were badly decomposed and posed health risks if moved.

Leonardo Novas, a resident in Jimani, awoke to the screams of his infant son while water rose in his wooden house. He huddled with his wife and three children, and shouted to his brother next door to stay inside, but it was too late.

"Everything's gone. My house and five family members," said Novas, 28, who watched his brother and the brother's family carried away in a crushing torrent of mud. "I can't find them. I didn't know they were burying them. They should let me find them first."

Jimani, about 100 miles east of the Dominican capital of Santo Domingo, is inhabited mostly by Haitian migrants who work as vendors and sugar cane cutters, trying to make a better life. Dominican officials said some of the Haitians who lost family members may have been living in the town illegally and scared to identify bodies.

The death tolls have been high because the border area is largely deforested and many of the poor have built poorly constructed homes out of wood and tin.

The Dominican government had issued an alert Sunday, warning people that rivers may swell with the rains. But Jimani has only limited access to radio broadcasts.

As sunshine baked the soggy earth Wednesday, residents tried to repair damaged houses. Hundreds on both sides of the border were destroyed and international organizations were considering relocating several families left homeless in the rains.

The floods were some of the deadliest in a decade. In 1994, Tropical Storm Gordon caused mudslides that buried at least 829 Haitians.

The Dominican government declared Jimani a disaster area, and President Hipolito Mejia said Thursday would be a national day of mourning.