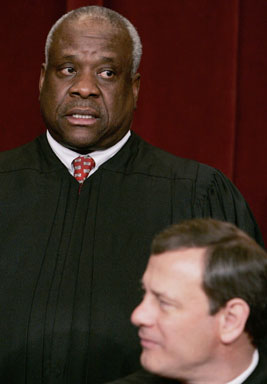 In a 24-10 victory over the Arizona Cardinals, who lost quarterback Jake Plummer with a broken finger, Redskins rookie Champ Bailey intercepted three passes and returned one of them 59 yards for a touchdown.

"I knew it was time for us to go out there and get some big plays," Bailey said of the defense. "All that pressure they put up front made it possible for me to make those plays."

Arizona coach Vince Tobin said Plummer would be out four to six weeks.

"You know, you lose football games in this league, but when you start losing your football players, it certainly makes it more difficult to bounce back," Tobin said, "and Jake is a big part of our football game, as everybody knows. It's going to be a big loss."

With a bye last week, Washington hired 72-year-old defensive specialist Bill Arnsparger to try to shore up a defense that was ranked 31st out of 31 NFL teams, and the Redskins were vastly improved against an Arizona offense that has struggled all season.

"He's another coach, another good football coach, another set of eyes in the press box," Washington coach Norv Turner said. "We didn't have the assignment errors or the technique errors we were having before the bye week."

The Redskins (4-1) had the No. 2 offense in the NFL entering the game, but quarterback Brad Johnson had a difficult night, throwing his first two interceptions of the season.

Johnson finally got the offense going on a 12-play, 90-yard drive, putting Washington up 17-3 on a 1-yard touchdown pass to tight end Stephen Alexander on third down with 1:20 left in the third quarter.

"We didn't want to panic just becaue we didn't put up as many points as we'd like to have," Johnson said. "Sometimes things don't go your way. The main thing to do is not panic."

Arizona (2-4) went 91 yards in nine plays to cut the lead to 17-10 on a 10-yard pass from Plummer's backup, Dave Brown, to Rob Moore with 6:59 to play. But the Cardinals couldn't move the ball on their next possession, and the Redskins put the game away with Skip Hicks' 14-yard touchdown run with 2:03 remaining.

With the victory, Washington took a half-game lead over Dallas in the NFC East. The Cowboys play the New York Giants on Monday night.

"The hit was nothing. It was just that my finger was in the base of the facemask, way deep in there," Plummer said, "kind of a freakish thing. The guy started to get up and I shouted `Hold on! hold on!"'

Plummer, injury-free throughout his football career before this season, missed most of the preseason with a sprained right thumb, an injury that bothered him through the first few weeks of the season. Last week, he was knocked out of the Cardinal's 14-3 victory over the Giants early in the third quarter with a hip pointer, but came back for the game's final series.

The sore hip kept him out of practice nearly all of last week, and he was questionable for Sunday's game.

Plummer has thrown 15 interceptions and just three touchdown passes this season. Before he was hurt Sunday, he was picked off twice by Bailey, the Redskins' No. 1 draft pick.

Now the Cardinals have next weekend off to try to figure out how to get things turned around without Plummer.

"I know Jake has had a tough year already," Tobin said, "but he still was the guy we felt like could do some things for us. He's going to be out for an extended period of time, and we've got to get the offense on track with the people that we have."

Chris Jacke's 44-yard field goal, Arizona's first points in the first quarter all season, put the Cardinals up 3-0 with 3:15 left in the period.

Washington took the lead when Bailey stepped in front of fellow rookie David Boston, picked off Plummer's pass and ran untouched 59 yards for the score to make it 10-3 with 3:33 left in the half.

The next time Arizona got the ball, Plummer had a clear field to run, but tried instad to throw long to Moore. The pass fell short, Bailey picked it off and Plummer was booed as he left the field.