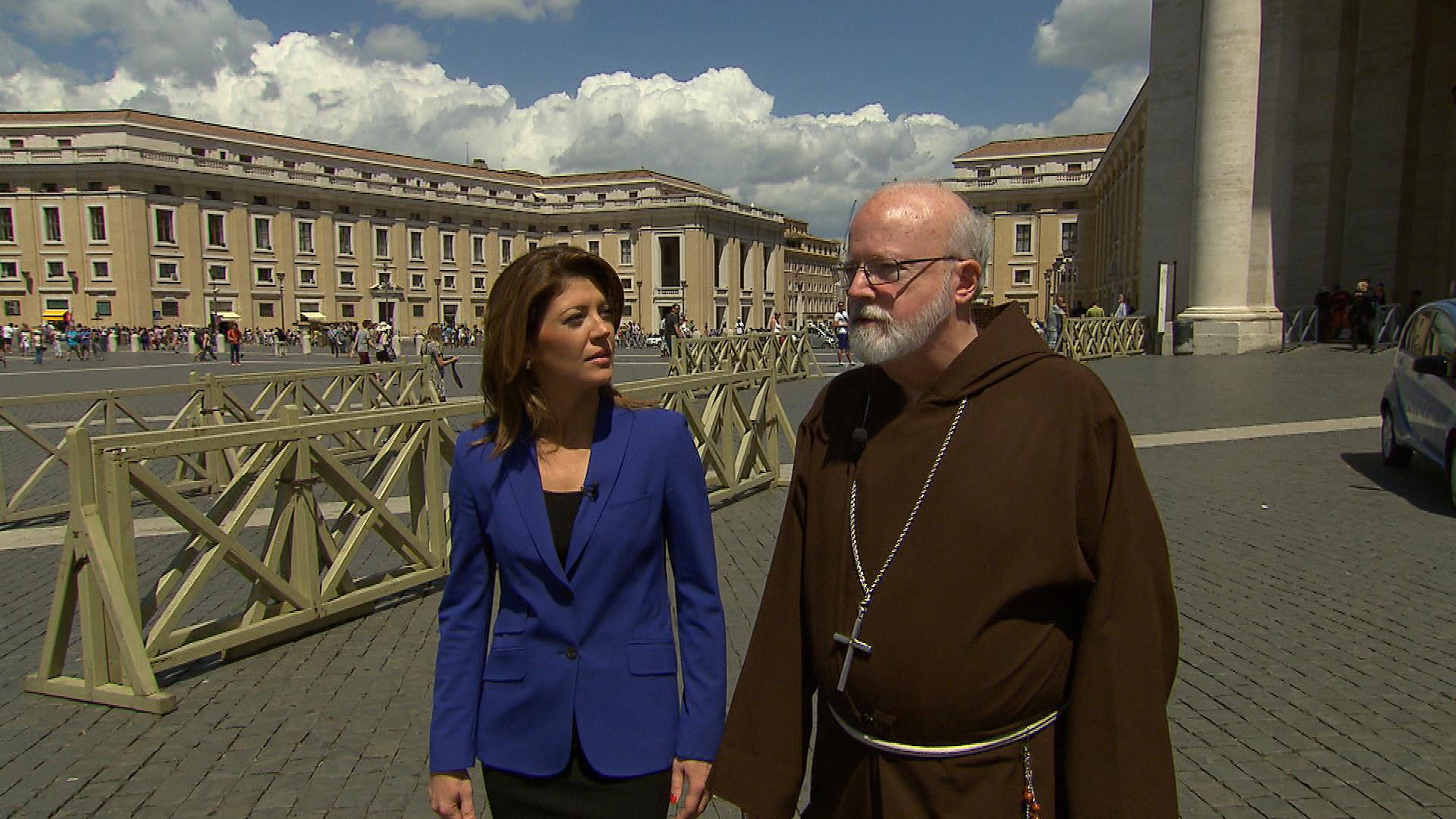 During her interview with Cardinal Seán O'Malley -- on a windy rooftop overlooking St. Peter's Square in Rome -- CBS News' Norah O'Donnell says it was "tough to concentrate" while discussing the topic of child sex abuse.

Tough, O'Donnell says, because as she was talking with the cardinal, it was simply difficult to hear him. She had to contend with extremely windy conditions, the blaring horns of Rome's traffic below and the bells of St. Peter's Basilica ringing out every 15 minutes.

Amidst the noise, O'Donnell found herself thinking, "Do I need to re-ask a question because there was a truck that honked in the middle of my question?"

Following O'Donnell's interview with the cardinal, she talked with 60 Minutes Overtime about her impressions of O'Malley. "It's clear in talking to him that he's very close with Pope Francis," she says.

Cardinal Seán, as he prefers to be called, is a part of the pope's Council of Cardinals. He has also been put in charge of cleaning up the sexual abuse problems within the Catholic Church -- an assignment given by the pope.

When the topic came up, O'Donnell says that O'Malley was "very open." Cardinal Seán acknowledged that the church had not dealt with the issue of child sex abuse "in a way that they should," O'Donnell says, and he recognizes there needs to be "accountability going forward."

Says 60 Minutes producer Frank Devine: "[Meeting the cardinal] gave me a window into how the Vatican ought to be working in the future. There's an openness to Seán O'Malley you don't see in a lot of bishops. He is a guy who's very comfortable in his own skin, or should I say in this case, comfortable in his own habit."

Editor's Note: Since this video was published in November 2014, the pope has approved new procedures, drawn up by Cardinal O'Malley's commission, to remove bishops who fail to protect youth from predator priests.

The above video was produced for 60 Minutes Overtime by Magalie Laguerre-Wilkinson, Craig Crawford and Sarah Shafer.