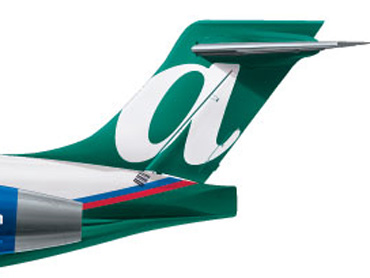 Cardinal Jaime Sin, one of Asia's most prominent religious leaders and a key figure in the "people power" revolts that ousted two Philippine presidents, died Tuesday. He was 76.

The Roman Catholic cardinal had been in ill health for years, battling kidney disease and diabetes, and had retired as archbishop of Manila in November 2003. He was unable to attend the Vatican conclave that chose a new pope in April.

"As I enter a new chapter in my twilight years, I can say with gratitude that I have given my very best to God and country," he said after the late Pope John Paul II accepted his resignation. "I beg pardon from those I might have led astray or hurt. Please remember me kindly."

"History will mark its day of sadness when a great liberator of the Filipino people and a champion of God passed away," President Gloria Macapagal Arroyo said in a statement, adding she was guided many times by "his wisdom and profound love for the poor and oppressed."

Sin was the Philippines' moral compass, known for his vocal stances on everything from birth control to poverty, politics and the U.S.-led war in Iraq. When he spoke, presidents listened.

He stepped down as head of the Manila archdiocese, which he served for nearly three decades, after reaching retirement age of 75. Declining health forced him to curtail his appearances, but he still remained a staunch guardian of democracy.

Hours before hundreds of soldiers and officers staged a failed revolt against President Gloria Macapagal Arroyo in July 2003, he urged Filipinos to be vigilant against groups plotting to violently overturn the country's democratic institutions.

The 14th of 16 children of a Chinese merchant and a Filipino woman, Sin had a sense of humor about his name, often referring to his residence as "the house of Sin."

He burst onto the international stage when he called on Filipinos to surround the police and military headquarters in metropolitan Manila in 1986 to protect then-military Vice Chief of Staff Fidel Ramos and Defense Minister Juan Ponce Enrile, who broke away from dictator Ferdinand Marcos.

That led to the "people power" revolution which ousted Marcos over alleged corruption and human rights violations. The largely peaceful revolt became a harbinger of change in authoritarian regimes worldwide. Marcos died in exile in Hawaii in 1989.

But the country's problems continued, partly because of the endemic corruption that blossomed under Marcos.

"We got rid of Ali Baba, but the 40 thieves remained," Sin once quipped.

Sin also helped lead street protests that led to the ouster of President Joseph Estrada over alleged corruption and misrule in January 2001. The church wasn't fond of Estrada, a notorious womanizer who sired children by several women and was known for late-night drinking and gambling sessions.

The Philippine church also opposed the U.S.-led war in Iraq.

Although revered by many Filipinos, Sin came under criticism over his active advocacies. He had a thorny relationship with President Fidel Ramos, a Protestant whose 1992-98 administration promoted the use of artificial birth control. Sin advocated only natural methods.

Impoverished followers of Estrada, denouncing Sin and other politicians who forced their leader from power, stormed the presidential palace in May 2001 in riots that killed six people.

Sin issued an unprecedented apology to the poor shortly thereafter, acknowledging that the church had neglected them and made them easy prey for selfish, powerful people. He assured them that the church is not "anti-Estrada, but pro-morality."