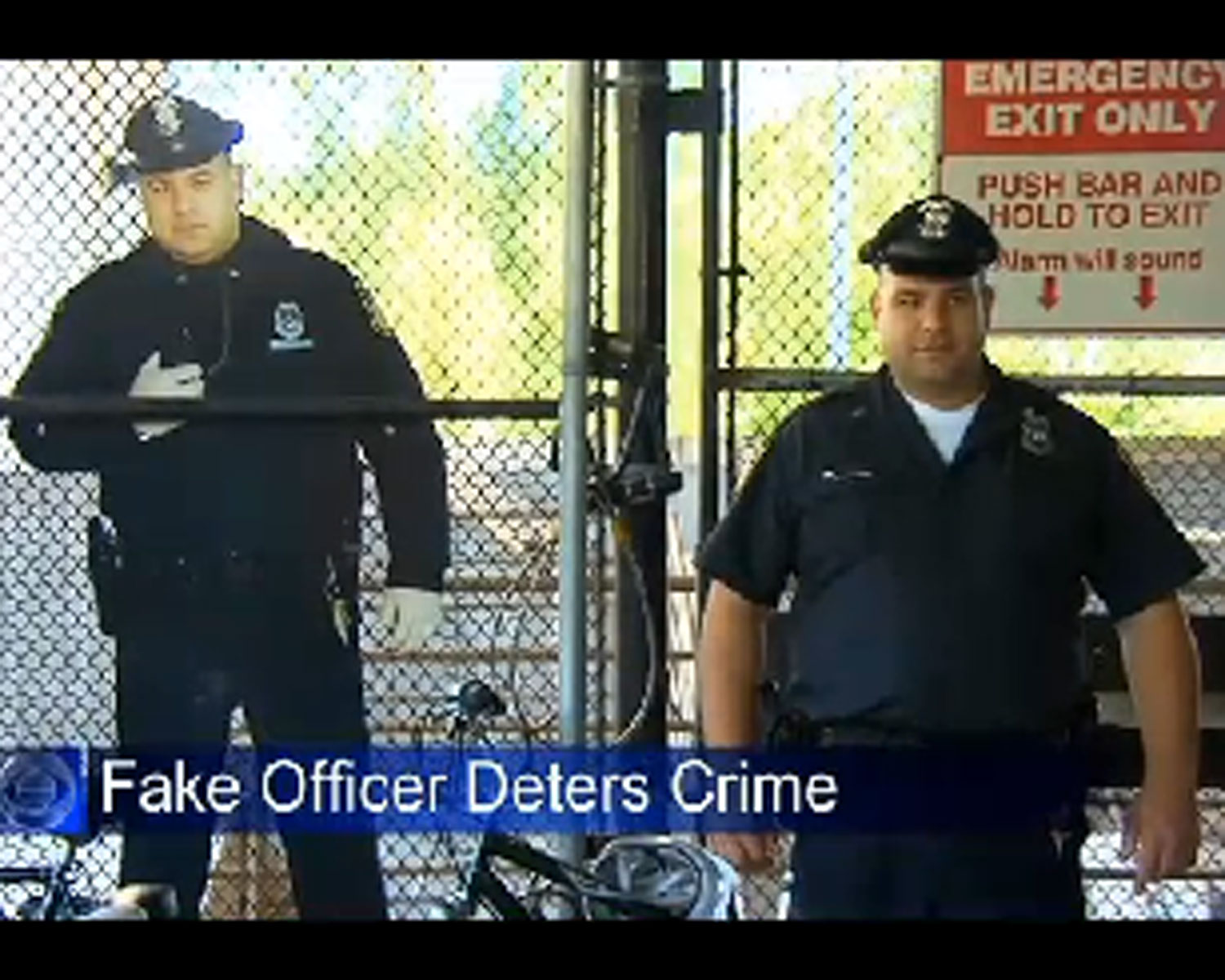 (CBS) BOSTON - A cardboard cutout of a Boston Transit Police officer is helping to take a real bite out of crime, according to CBS Boston.

The image of Officer David Silen is in place at the Alewife MBTA station in Cambridge, which is notorious for bike and other thefts.

Silen told the station he believes just the sight of an officer, real or not, is a good reminder not to commit a crime. Last month, just one bike was stolen at Alewife, compared to the five stolen in July of last year.

And he cites another advantage of the tactic.

"We're not tied up taking stolen bike reports here so we are more available to respond to more serious crimes that require a police response," Silen said.

Silen admits, at first he wasn't sure if the idea would work.

Referring to the life-size image of himself, he told CBS Boston, "I was actually a little startled by it when I first saw it."

The MBTA is looking to use the cardboard officer at other stations, and not just for bike thefts. According to CBS Boston, police hope the "fake cop" might prevent fare evasion and even smoking.

Now we just need the crooks to show up as cardboard cutouts, too.