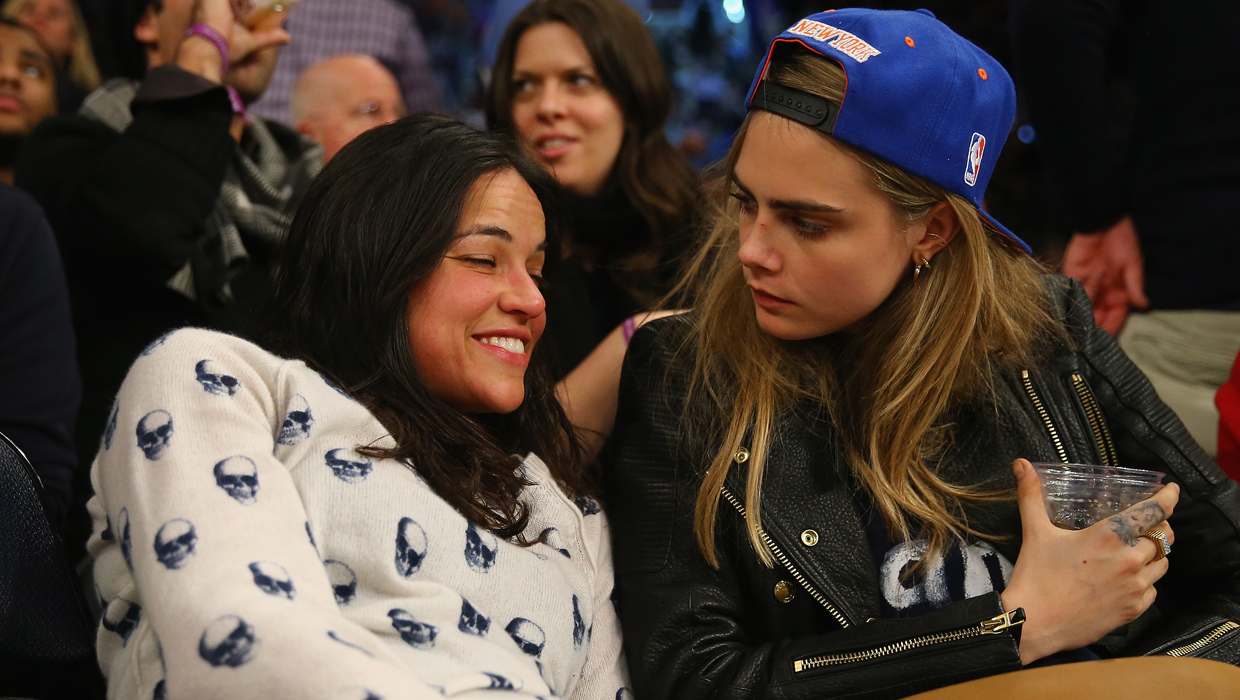 The two were photographed kissing, cuddling, laughing and otherwise being very friendly during the NBA game between the Knicks and the Detroit Pistons.

Rodriguez, 35, and Delevingne, 21, were also spotted puffing on e-cigarettes and posing for selfies (see more photos here and here). When they encountered photographers outside New York's Madison Square Garden after the game, the pair switched gears and opted to do some high kicks for the cameras.

Rodriguez wasn't the only celeb Delevingne spent time with at the game -- she also posted a photo on Instagram of her and actor Kellan Lutz, both sticking out their tongues.

"Get out the licks for the Knicks," the caption read.