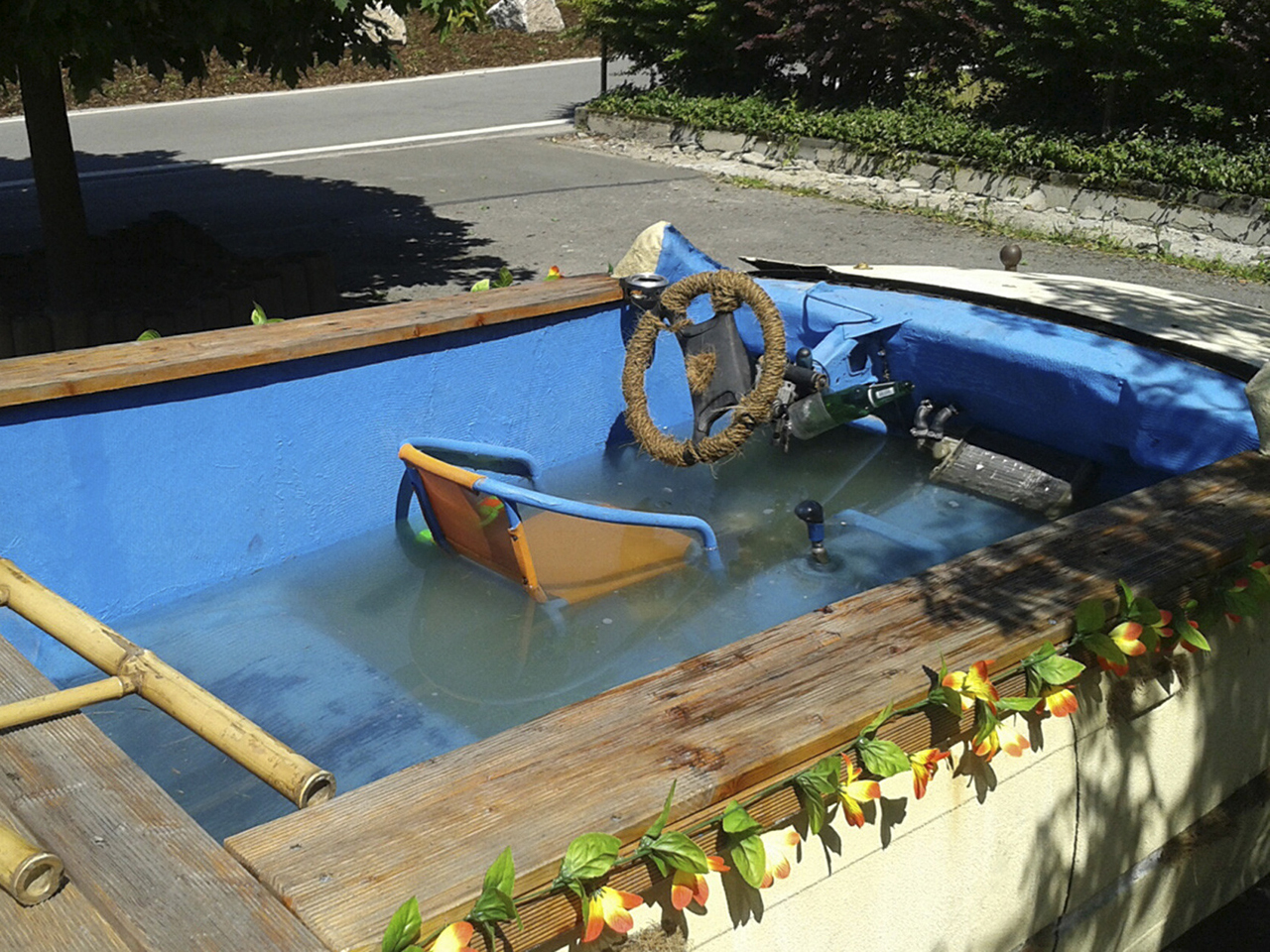 BERLIN A car caught cruising the streets of a sleepy east German village on a sweltering summer's day sported a decidedly unorthodox feature: a pool filled to the brim with water.

German police say a motorcycle cop couldn't believe his eyes when he saw four men, including the driver, splashing about in the open-top BMW as they passed him Sunday afternoon near Blauenthal, about 155 miles south of Berlin.

Chemnitz police spokesman Frank Fischer says the men pulled over and jumped into a nearby river as soon as they saw the officer, but one later returned to claim his clothes.

Fischer said Thursday that police were still investigating which of the men drove and whether he was drunk. He said the vehicle itself "probably didn't have a road permit."