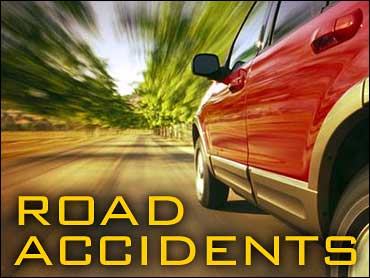 The mysterious 72-year-old disappearance of a couple who vanished while driving a twisting lakeshore road has been solved, a park ranger says.

The National Park Service confirmed that the 1927 Chevrolet found in Lake Crescent in Olympic National Park on Saturday was the one driven by Russell and Blanch Warren when they disappeared in 1929.

"It's just really kind of eerie. I'm glad to know it is their car," a granddaughter, Phoebe Bardin, said Monday night from her home in Ferndale, Calif. "It's just kind of an end to a mystery that I'm sure we're all really glad about."

Park rangers and volunteers have conducted exploratory dives with help from an underwater search and recovery company which donated its time and expenses. A special sonar unit was used to search for clues.

"We're very pleased to have concluded this search and are gratified to be able to solve this mystery for the Warren family," Lake Crescent District Ranger Dan Pontbriand said in a statement.

No human remains will be retrieved if found, nor will anything else from the car without permission of the family, he said.

"Blanch and Russell Warren have been resting here comfortably in the lake for the last 72 years and I almost feel like we're disturbing them by going down there. ... This is a gravesite. A special place," Pontbriand told KOMO Television of Seattle.

The Warrens disappeared on July 3, 1929. Russell Warren picked up his wife from the Port Angeles hospital where she had been a patient, loaded a new washing machine in the car and headed west around the Olympic Peninsula, bound for a logging camp on the Bogachiel River near Forks.

Speculation at the time was that the Warrens had missed a curve on the road, now U.S. 101, and drowned after the car tumbled into Lake Crescent. Only a visor from a Chevrolet and a cap identified as belonging to Russell Warren were found.

The search for the couple was renewed last spring when Port Angeles historian Bob Caso brought clippings and other documents to Pontbriand.

"What can I say? I'm very happy where we're at at this time," Caso, 77, said Monday night. "There's no doubt now that it is the vehicle. I'm really amazed and of course I'm tired."

"It was very sincere, earnest guys involved in this thing. They risked their skills and their life. I guess I don't realize how unique it is but I've been aware of it since the early '50s. A year ago I decided to search the files and start all over again."

He did the bulk of his research in the mid-50s.

The couple had two sons, Charles, who was 11, and Frank, who was 13. Both are now deceased. Charles Warren drowned in 1964 in a fishing accident off the coast of northern California. His body was never recovered, said Bardin, his daughter.

She said she plans to visit Washington in May to talk to those involved with the search and recovery and others who knew the Warren couple.

"It's just kind of amazing what they can do nowadays after all these years to figure out that the car was there in the lake and make sure it was their car," said Bardin, 55.

Pontbriand oversaw an 11-month investigation. In December, divers discovered items that narrowed their search to an area 1000 feet long and 400 feet wide. They earlier found a black flower vase, a tire pump, a rusted car step and a round lid presumed to be the top of a washing machine.