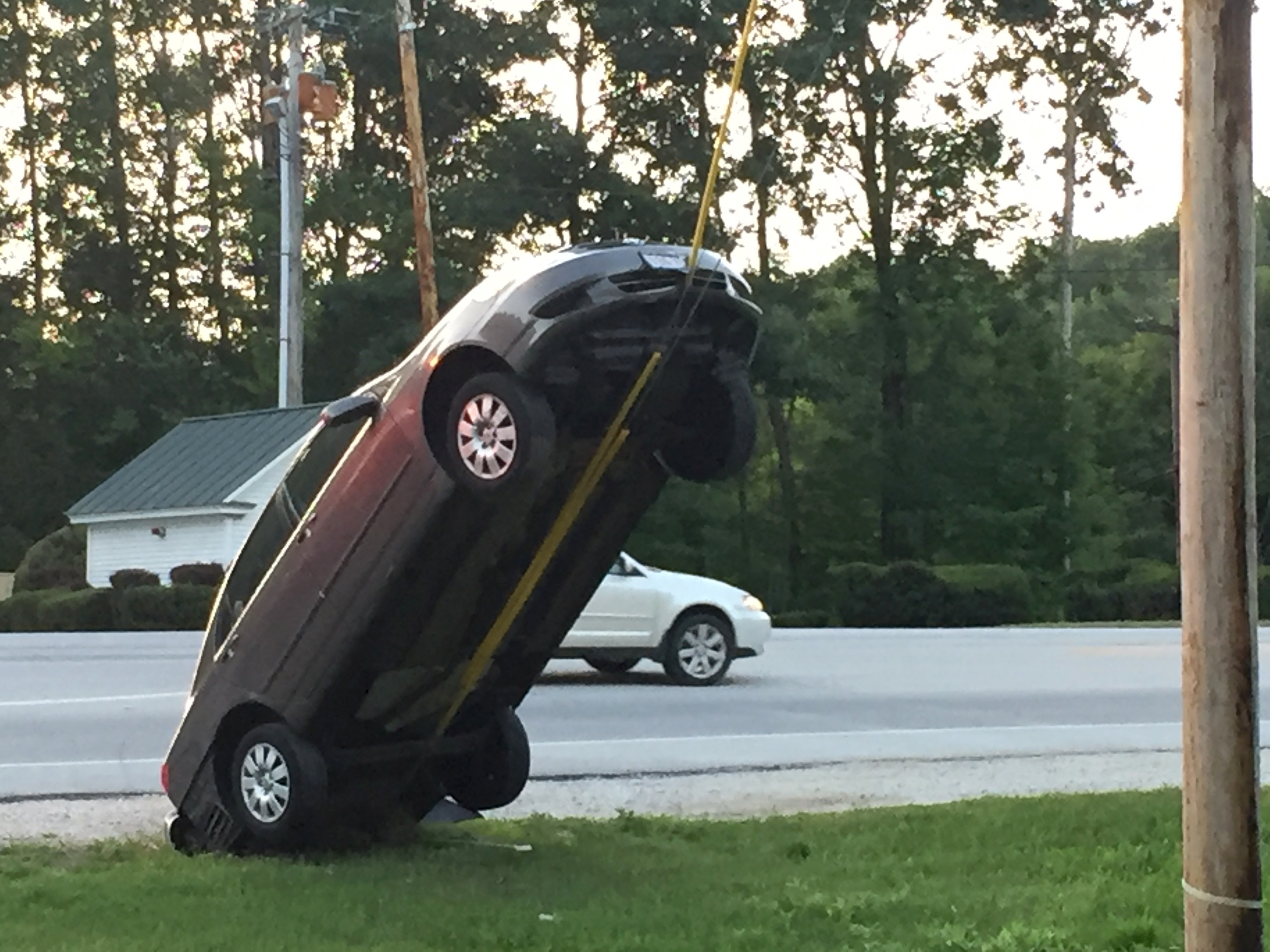 MENDON, Vt. -- Police in Vermont say a car ended up almost vertical when the driver swerved quickly in response to her GPS ordering her to "turn around."

The car was suspended almost vertically on guy wires attached to a utility pole in Mendon on Wednesday night.

Police say 30-year-old Nabila Altahan of Dorchester, Massachusetts, was headed west on U.S. Route 4 when she passed her intended destination and the GPS gave sudden directions to turn around.

Police say Altahan reacted quickly to the instructions, leaving the road at a significant enough speed to propel the vehicle up the wires.

Neither Altahan nor her passenger was injured.