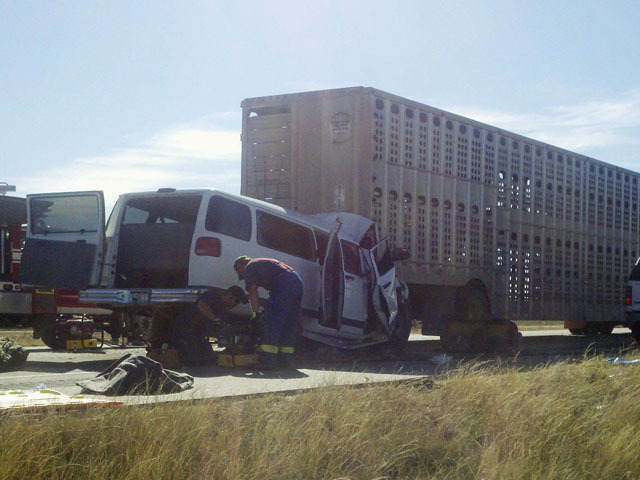 Every hour, car crashes kill an average of four people on America's roads.

But, according to a triple-a study released Thursday, the financial cost of car crashes is just as stunning.

"Traffic crashes really need to be moved to the forefront of the American discussion as the public safety (and) health threat that they are," observes AAA spokesman Troy Green.

They pose a threat that's both tragic -- and expensive.

All-told, each traffic fatality costs an average of $6 million dollars -- everything from medical and emergency services to lost earnings. A traffic injury averages $126,000, and almost 33,000 people die every year on the nation's roads.

"If you took that and compared it to, say, aviation, it would take a small airliner falling out of the sky every day for 360 days for us to get close to that number," points out CBS News transportation safety analyst Mark Rosenker. "That's clearly unacceptable in aviation and it is clearly unacceptable on the highway."

Electronic stability control, or ESC, improves a car's stability by automatically applying the brakes during skids. By one estimate, universal ESC could save 9,600 lives a year.

Also in development: short-range radar sensors. They warn that a collision's imminent, and activate airbags and seat restraints.

"We need to be doing something about this," Rosenker says. "We have become complacent."

Killers on the road include speed, drunk driving, and distracted driving. So far, 35 states have banned texting behind the wheel.

"We know what's effective," says the AAA's Green. "Tough laws. Stricter enforcement. Strict penalties. And targeted messaging and public education campaigns are effective, and we need more of those."

AAA is pushing for a long-term, multi-year major federal transportation bill focused on safety. It could save money and lives. But it has to break out of the congestion of issues competing for the attention of Congress.