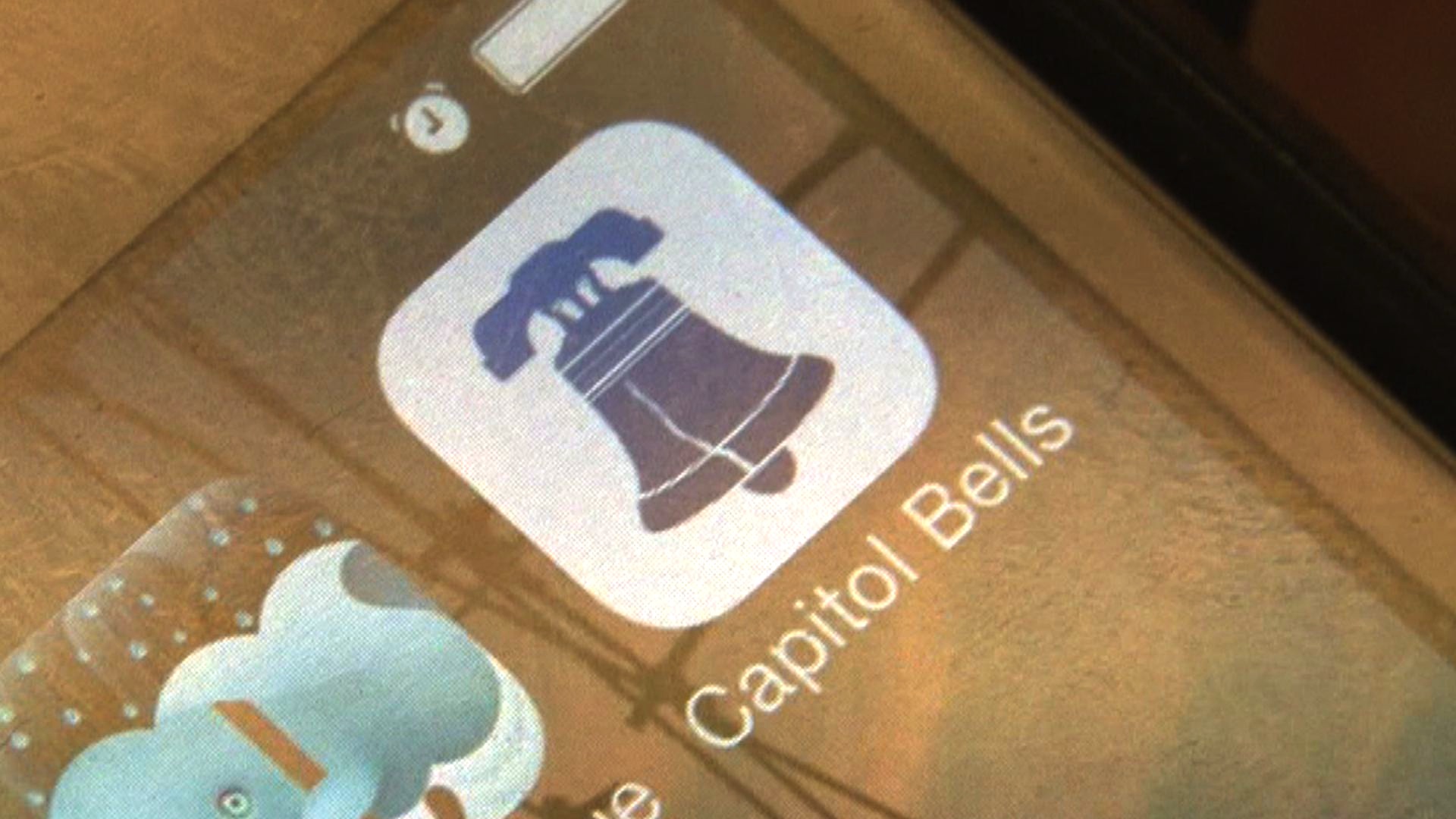 At one point, former congressional staffer Ted Henderson didn't leave his apartment for three days, working around the clock on developing a new mobile app.

But that hermit-like existence was followed by days of being dressed in a spiffy suit, coding last-minute changes into the app in the Longworth House Office Building cafeteria on Capitol Hill before rushing in to meet with a member of Congress or a congressional staffer. He explains the app to them. They digest it, reveling in its usefulness. Then, more often than not, they provide some feedback and Ted is back to coding.

Henderson is the founder and only full-time employee of Capitol Bells, a political app that both allows members of Congress and their staffers to know when floor votes are happening and enables constituents to voice their opinions on bills and compare their positions to that of their representatives. The name refers to the system of bells that ring across the U.S. Capitol complex, which alert members to floor votes.

Isolating or invigorating? "I would say a little bit of both," Henderson explains with a slight smile on his face.

For Henderson, this adventure began when his former boss, Rep. Dale Kildee, D-Mich., retired in 2013. He was looking for another job on Capitol Hill, but it was not easy to stay engaged.

He added that "it's no wonder that the public is so disconnected from Congress."

After searching for -- and failing to find --an app that could help keep him informed, Henderson put his programming skills to work and dove into what he calls a "little project to digitize the bells." The venture quickly became more than "a little project."

Rep. Jared Polis, D-Colo., an entrepreneur himself who started a company in his college dorm room, has been a big supporter of Capitol Bells from day one. He used to rely on his staff to text him when votes occurred but roadblocks ensued when they were on the phone or in the restroom when votes were called.

"Now I have it on an app so it just tells me exactly in real time when votes occur so I know when to go to the floor to do it. I see tons of members using it and of course our staffs using it, too. So it's really caught on with all of the key decision makers here in the Capitol," Polis explained.

With this platform, Henderson then the public more proactively in the political process in a way that would encourage Congress to take their constituents perspectives into consideration.

The Capitol Bells website allows anyone to sign in, identify their district, and vote in support or opposition of certain bills and share that motion to friends on Facebook, Twitter or any other online forums. They can also measure how their votes compare with the positions of their representative.

Henderson refers to the debate on background checks for gun purchases as a situation where this tool could have been useful.

"90-95 percent of Americans were in favor of background check on guns and in the Senate when they voted on it was only what 54 senators that voted yes -- the statistics there don't match up," Henderson describes.

With Capitol Bells, senators could have had some data to see if there was truly overwhelming support in their state for background checks or not.

"I can actually see what my constituents think about a bill, I can also see their level of interest, is this something that hundreds of people voted on or three people voted on," Polis explained.

Capitol Bells could be especially useful for tech-savvy voters. According to Adam Conner, manager of public policy at Facebook, elections were the number one topic on Facebook in 2012 and the number two topic talked about in 2013 -- evidence that the online community is talking politics.

John McCarthy, the executive director of Future Civic Leaders, which brings underserved youth to DC, said that giving young people a direct avenue to convey their opinions to elected representatives is also key.

"Millennials feel as though their voice is being left out of the political process, causing them to lose faith in the government. For so many of them, they feel as though the system is outdated and disconnected from their everyday life," McCarthy said.

Henderson's next step is to create virtual candidate profiles allowing candidates to compare their opinions to that of their incumbent or their opponent and, of course, their constituents.

In order to become profitable Henderson would like to sell his data to political organizations such as the Democratic and Republican National Committees.

"Ultimately, I hope that any organization that works in the fields of public policy and elections would use this data," he explains.

Chuck DeFeo, the chief digital officer for the Republican National Committee who was hired in 2013, had not heard of Capitol Bells, but he said "it sounds very interesting." These sentiments come on the heels of the RNC's 2013 so-called 'autopsy' that led them to devote a heavy dose of attention to digital and data.

"This is exactly what we are trying to do -- instill a new tech culture here at the RNC so we can develop or incorporate cutting edge tools that can be used to contact voters," DeFeo said.