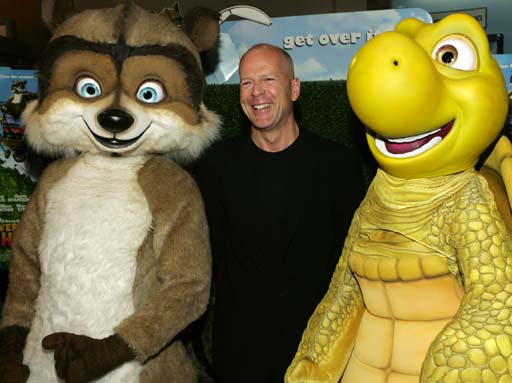 A little selfishness paid off for Terry Yake and the Washington Capitals.

With 4:12 left in the third period and the score tied 4-4, Yake tried to wrap the puck in from behind the Chicago Blackhawks net rather than pass in front to linemate Steve Konowalchuk.

Yake's attempt banked in off goalie Jocelyn Thibault as the Capitals beat the Blackhawks 5-4 Friday night.

"Kono was the back door and wide open, but the defenseman made a good play," Yake said. "Kono was still there, but (Thibault) had to cut off the short side. I was able to go around the net and stuff it before he got back."

Peter Bondra scored twice, including the game-tying goal at 9:58 of the third, and had an assist for Washington, which blew a 3-1 lead.

Doug Gilmour, reported to be on the trading block, had a goal and two assists for the Blackhawks, who have lost three straight and are 1-4-1 in their last six.

After Bondra tied it 4-4 on a breakaway from center ice, Yake got the game-winner when he circled the net and slid in a low shot off Thibault.

Alexei Zhamnov, Tony Amonte and Michael Nylander scored in a 4:10 span in the third period to give Chicago a brief 4-3 lead. All three also had assists in the game.

"We had a great effort in the third period, but we started making mistakes," said Chicago deenseman Boris Mironov, whose turnover led to Bondra's tying goal. "I made a mistake at the blue line for a breakaway goal and that tied it 4-4. Those shouldn't be happening."

Simon opened the scoring 20 seconds into the game when he was left open at the edge of the crease and converted his own rebound past Thibault.

Gilmour tied it at 1 on a power play with 3:28 left in the first. Olaf Kolzig got a piece of Gilmour's one-timer with his glove, but the puck slipped into the net.

Richard Zednik and Bondra scored 1:20 apart midway through the second to give the Capitals a 3-1 lead.

Zednik connected from the edge of the crease at 11:16 of the third to make it 2-1 after Jan Bulis threaded a pass from behind the goal line. Bondra extended Washington's lead to 3-1 at 12:36 on a low shot from the left circle that fooled Thibault.

After a Washington turnover, Zhamnov slid his own rebound past Kolzig at 3:51 to make it 3-2. Amonte tied it 3-3 from the edge of the crease at 6:01, just four seconds into a power play.

Nylander gave the Blackhawks a 4-3 lead at 8:01 from between the circles by firing in a loose puck.

"This team never feels like it's over," Yake said. "We've been playing well enough. We always feel like we can win. It's not the prettiest game in the books, but it's two points and we'll take it anyway."