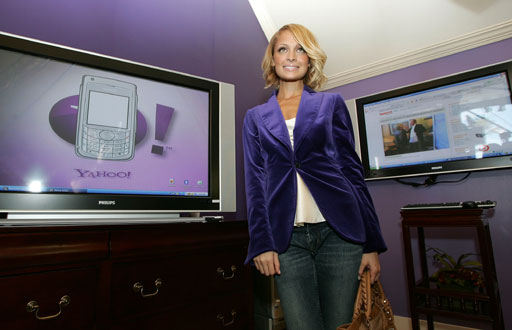 Andrew Brunette scored with 5:51 left in the third period as the Washington Capitals tied the Pittsburgh Penguins 2-2 Wednesday night, thanks to a 34-save effort by Olaf Kolzig.

The puck was bouncing at goaltender Tom Barrasso's skates and Brunette was able to poke it in for his 11th goal. He has 21 points in his last 16 games.

Pittsburgh had the best scoring chance in overtime but Kolzig stopped a breakaway after Alex Hicks got past defenseman Sergei Gonchar at the blue line with 2:25 remaining.

Both teams came into the game on 5-1-2 streaks. The Penguins avoided consecutive losses for the first time since Nov. 12-14. The Capitals remained unbeaten in overtime at 4-0-11.

Each team scored one goal in the third period, despite Pittsburgh's 16-3 edge in shots.

Fourth-line forward Peter Ferraro gave Pittsburgh a 2-1 lead at 7:15 of the third period with his first goal in more than two months. Ferraro, who had logged just 4:14 of ice time in the first two periods, followed Tyler Wright's shot and scored on a rebound for his first since Nov. 20.

The Penguins had more than five minutes of continuous power-play time in the second period and wound up allowing a game-tying shorthanded goal to Kelly Miller.

Dale Hunter bumped Stu Barnes off the puck at the blue line and dropped a pass to Miller, who put a shot past Barrasso's glove for his sixth goal.

During the extended power play, which included a two-man advantage for 56 seconds, the Penguins were outshot 3-1.

Jaromir Jagr had given Pittsburgh the lead at 1:15 of the period with his 24th goal and 699th NHL point. Ron Francis created a 2-on-1 in the neutral zone, faked a slap shot and fed the puck to Jagr. Jagr then skated to the right side of the net and shifted to his backhand to beat Kolzig.

The Capitals are 2-0-2 in their last four road games.