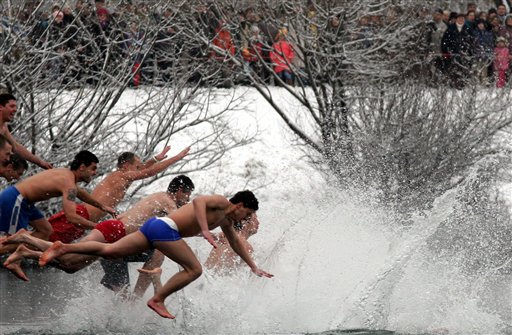 VANCOUVER, British Columbia - Arturs Irbe made 31 saves as the Vancouver Canucks ended a seven-game losing streak with a 3-1 win over the New Jersey Devils on Friday night.

Irbe took advantage of his first start in a month to post his sixth win of the season and put an end to a horrible stretch of hockey for Vancouver, which won for the first time in 10 games.

The Canucks were held to just one shot in the second period and only 14 in the game.

Brian Noonan gave the Canucks a two-goal lead with 4:33 left in the first period, slamming a rebound past a sprawling Brodeur.

The Devils completely stymied the Canucks after that, holding them to a franchise-tying record low one shot in the second period and just three more in the third.

New Jersey scored at 5:04 of the second period, capitalizing on Irbe's only mistake of the night. The goalie whiffed on a 50-foot slap shot by Dave Andreychuk.

Pavel Bure scored into an empty net in the final minute.