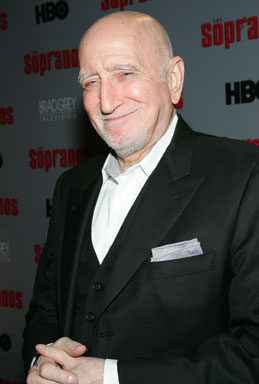 With Kevin Weekes doubtful for Saturday night's game because of a knee injury, the Vancouver Canucks obtained goaltender Corey Schwab from the Atlanta Thrashers in a trade on Friday.

Weekes, starting in place of Garth Snow, who has been sidelined since Oct. 13 with a broken finger, left Thursday's 4-1 loss to Phoenix early in the first period with a "twinge" in his right knee.

Doctors examined the knee Friday, but it's unlikely he'll be in goal when the Canucks play the Nashville Predators.

"It's a pretty sure bet Schwab will start," said general manager Brian Burke. "We've been in the hunt for a goaltender to come in and fill a sport for some time now."

With Schwab in transit from Orlando, where he's been playing in the International Hockey League, and Weekes in sick bay, the Canucks were forced to use dressing room attendant Tim Gross in net during practice Friday.

The Canucks have been trying to make a deal ever since they learned Snow would be lost for up to six weeks. In Schwab, 28, they get a goalie who has spent most of his career in the minors but managed a 21-46-5 record and 3.25 goals-against average in 87 games over a three-year span with the Tampa Bay Lightning.

Kids At Their Computers

To get Schwab, the Canucks gave up a conditional pick in the 2000 draft. He came highly recommended by Vancouver goaltending consultant Andy Moog, who worked with the expansion Thrashers last year

"He rated Corey Schwab in the top two or three goaltenders available for the expansion draft," Burke said. "He feels very strongly about his ability. He's a very competitive kid. His style is sound."

Alfie Michaud, 22, who had played just three games as a pro in the American Hockey League, was pressed into service against the Coyotes. He gave up all four goals but made 20 saves.

"I'll just try and learn from this," said Michaud, a free agent this year after leading Maine to the NCAA championship. "It's not a good feeling losing. You've got to be ready when you get a chance to go in."

Burke thinks Michaud has a future, but isn't ready for the NHL yet.

"I was pleased with Alfie," he said. "That's about as difficult a position as a goaltender can be thrust into as a youngster. We did not play well in front of him."

Burke wouldn't speculate what Vancouver will do with Schwab, who comes with a one-way, $525,000 contract, once Snow and Weekes are both healthy.

"We'll cross that bridge when we come to it," he said.