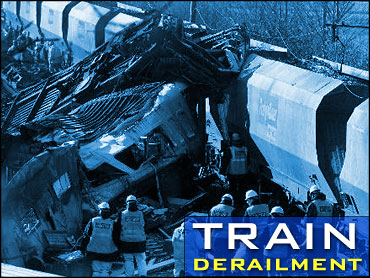 Jose Canseco showed the hometown crowd his home-run swing in the first inning, then did it again in the last inning.

The Miami native hit two homers, including a solo shot with one out in the 10th, and the Toronto Blue Jays averted a three-game sweep by beating the Florida Marlins 4-3 Wednesday night.

The games were the first in Miami for the 33-year-old Canseco, who was born in Havana but grew up in South Florida.

"The first day it was very nerve-wracking," he said. "Between family and friends, I had about 60 people here, and it was the first time a lot of the people in Miami had seen me play. I was nervous, but then I calmed down."

The homers gave Canseco 19 this season. The RBIs were the first since May 25 for the Toronto slugger, who recently snapped an 0-for-24 slump.

Canseco hit a 439-foot homer in the first inning after Shawn Green singled.

"I don't think he even hit it that good," Marlins manager Jim Leyland said. "I didn't think it was going to go out when he first hit it. But he's just so strong."

Canseco struck out with the score tied and the bases loaded in the eighth, but he homered in the 10th on a 1-1 pitch from Jay Powell (4-4). It was Canseco's third two-homer game this year and the 30th multi-homer game of his career.

"I just wanted to show the crowd here in Miami that I still have some pop left," he said.

Tony Fernandez also homered for Toronto. Carlos Delgado went 0-for-4 with a walk and three strikeouts, ending his hitting streak at 19 games, which matched the longest in the American League this year.

Robert Person (1-0) pitched two scoreless innings, and Randy Myers followed with a scoreless 10th for his 16th save in 18 chances.

Florida had won the two previous games in the series on the final pitch, including a 17-inning marathon Monday.

"It was Canseco tonight," Johnson said. "Everybody else put their hand in it, but he's the one who got us out of the funk we've been in."

Marlins rookie Joe Fontenot, who entered the game with an 8.36 ERA, held his own against Pat Hentgen. Fontenot allowed eight hits and three runs in 6 1-3 innings but remained 0-3.

"I know I can pitch up here," Fontenot said. "Eventually success will prevail."

Hentgen gave up nine hits and three runs in 6 2-3 innings. He was the third former Cy Young Award winner the Marlins have faced in four days, joining Roger Clemens and David Cone.

Derrek Lee doubled in the second and later scored the first Floida run on Dave Berg's sacrifice fly. The Marlins took a 3-2 lead in the third on a single by Edgar Renteria and RBI doubles by Ryan Jackson and Cliff Floyd.

Fernandez made the score 3-all with his fifth homer in the sixth.