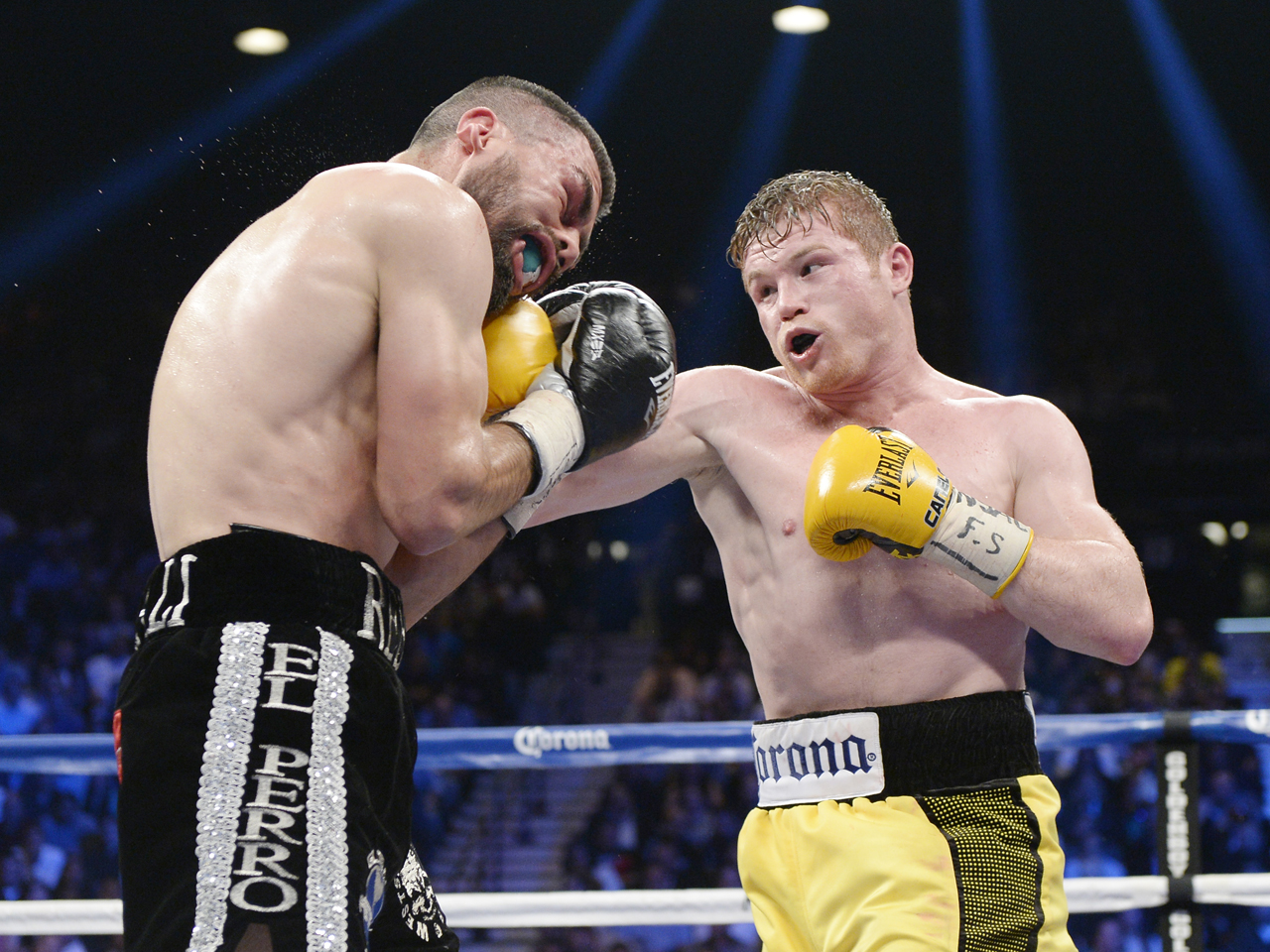 Alvarez battered a game but outclassed Angulo on Saturday night before stopping him with an uppercut that prompted referee Tony Weeks to move in at 47 seconds of the 10th round of their junior middleweight fight.

Alvarez (43-1-1) never was able to put down Angulo (22-4), but hit him throughout the fight with hard combinations that almost always found their mark. By the middle rounds, the only suspense left was whether Angulo could go the distance.

The fight was in marked contrast to the last bout for Alvarez, who was dominated by Mayweather in the richest bout ever. But while Mayweather was the master of defense, Angulo was there to be hit all night long - and Alvarez did just that.

"Tonight, I was the best fighter and definitely rebounded from the Mayweather fight with my performance," Alvarez said.

Angulo, who was never close to going down, protested when Weeks moved in to stop the fight after a big left uppercut to the head. Before the 10th round began, Angulo's corner had pleaded with the ring doctor to give their fighter one more round to try and turn things around.

"I'm upset because they should have let the fight go on," Angulo said. "I'm fine and I was fighting."

Ringside punching stats were just as lopsided, with Alvarez landing 295 punches to 104 for Angulo.

The ending was booed by many in the crowd that filled the MGM Grand arena for the junior middleweight showdown between the two Mexican fighters. There was no title at stake, but the 23-year-old Alvarez seemed determined to win big to erase memories of the loss to Mayweather, the only one of his career.

He landed the first left hook he threw seconds into the fight and it was quickly apparent that Angulo would have no answer for his speed and power.

"He wanted to please the fans because he felt in the Mayweather fight he let a lot of people down," promoter Richard Schaefer said. "Canelo was not satisfied with just the win. He came to make a statement and you saw that."

Alvarez was already a big star when he met Mayweather in September, but the red-haired fan favorite was frustrated by Mayweather's defense and lost almost every round. He said before this fight that he learned a lot against Mayweather, and vowed to show it in his comeback fight.

The only time Angulo even seemed to be in the fight was in the eighth round when he landed some good punches to the head and kept advancing. But Alvarez came back to dominate the ninth round, prompting the ring doctor to look at Angulo between rounds to see whether he could continue.

"I was so secure in my jab and my stamina was there," Alvarez said. "Of course I was a little tired, it's boxing. But I was ready to finish the fight and even go 10 more rounds."

Alvarez was guaranteed $1.15 million to $850,000 for Angulo. The purses were adjusted when Alvarez agreed to pay $100,000 to Angulo on Friday to raise the weight limit to 155 pounds from 154 because he couldn't make the original weight.