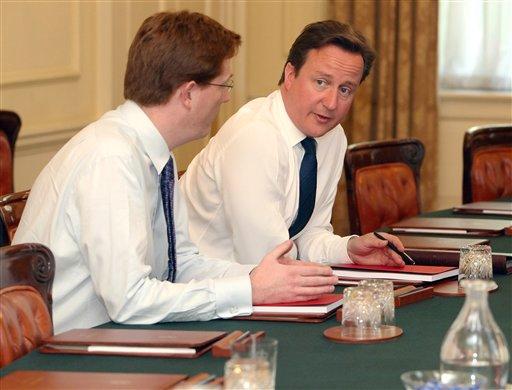 The days when people decorated their Christmas trees with candles have pretty much passed, but that hasn't put an end to risky candle behavior.

The National Fire Prevention Association says that the rate of fires caused by candles is skyrocketing.

The Early Show correspondent Tracy Smith reports blackened walls and a gutted house are the grim reminders of the early morning of Feb. 15 for David Vogel and then-fiancee Ellen Egorsky.

Vogel recalls, "It was about 5 or 5:30 when my son came in said something to the effect of, 'I just made a terrible mistake.' "

That terrible mistake? Falling asleep with a candle still burning in his room.

Vogel's son got out of his burning room, but upstairs, Egorsky's son, Jacob and his friend were trapped.

Vogel observes, "It was bloodcurdling to hear the scream, and I just ran around back up the stairs, up the stairs and down the hallway to see what was happening."

Vogel reached Jacob's bedroom, but the doorknob was too hot to grab, so he had to knock down the door.

"I come bursting in," he recalls. "The room was pretty much full of smoke; they were in that corner."

Through the smoke, Vogel was able to scoop the terrified children up and guide them down a back staircase; everyone had escaped.

Egorsky says Vogel is the hero of this story. "I could tell you without any doubt that those kids would have died if David hadn't gone back in and rescued them," she says.

But the hero himself was hurt, with serious burns on nearly 50 percent of his body. Vogel was rushed to the hospital, where he spent months in a medically induced coma.

He says, "I had grafts on much of my legs, especially on most of the lower part of my legs, as well as my chest and hands, a little bit on the wrists, and I had some work on the ears."

Despite the damage, the pain, and the suffering, Vogel and Egorsky consider themselves lucky.

Five years ago, a warehouse fire in Worcester, Mass., claimed the lives of six firefighters. That's more than were killed by any other U.S. building fire in nearly 30 years. The cause of that fire: a candle knocked over by a homeless couple living in the building.

"There's no such thing as a perfectly safe candle," says Jim Shannon of the National Fire Prevention Association. "The most recent statistics we have, for one year: about 190 people killed from candle fires in the United States, and almost 1,500 injured."

Why the increase? Experts say it's the jump in the popularity of candles.

"In the last 10 years, the increase in candle sales has been at least 700 percent," notes Valerie Cooper, executive vice president of the National Candle Association. "We believe that 80 percent of all candle fires can be eliminated by three basic safety precautions: Never leave a burning candle unattended. Keep away from things that can catch fire, and keep away from children and pets," she suggests.

New York City Fire Chief John Coloe says, "You have to remember that, every time you light one of these things, you've started a small fire in your home."

He showed some common mistakes people make when burning candles, such as putting them near flammable objects.

He says, "You'd like to keep all combustible items at least a foot away. If the candle gets tipped over, it could very easily light pine cones on fire, and start a fire in the house."

As for candleholders, he notes, they must have a stable base: "You want your candles to be stable in them and to be on a flat stable platform."

Other potential problems include glass holders that can break and cause a lit candle to tumble out, candles designed for relaxation (you could fall asleep with the candle still lit), and candles that might look like a toy.

For their part, Vogel and Egorsky are making sure they never face the horror of a candle fire again.

Vogel says, "Between the real dangers and the sensitivities we have about them, I don't think we'd use them, ever."

All experts interviewed said the most important rule of candle safety is: Do not leave a burning candle unattended.

Egorsky said she was amazed by how fast their fire spread, so even walking away from a candle for a minute could have devastating results.